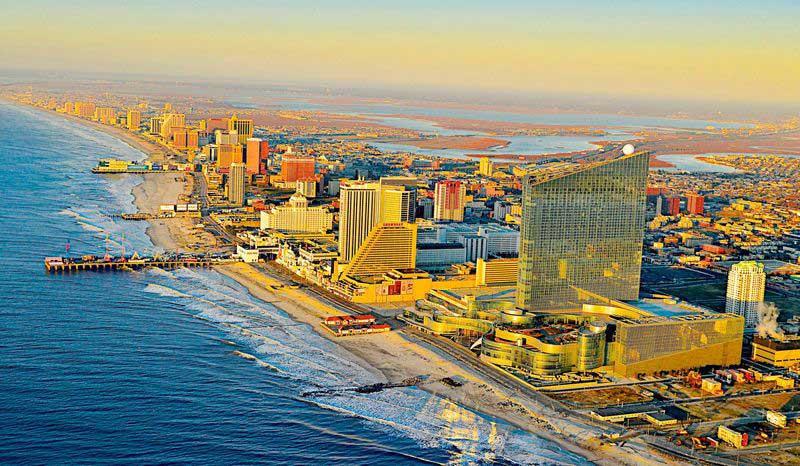 In New Jersey, the casino business has always been a taboo topic for legislators. Despite the fact that the state is to thank for the abolition of the Professional and Amateur Sports Protection Act of 1992 (PASPA), they always had a hard time controlling the bustling gaming industry. One problem, in particular, has plagued the state – whether or not to expand gambling beyond Atlantic City.

On Sunday, Governor Phil Murphy (D) and his Atlantic City Working Group of New Jersey commissioned a study originally conducted by the Edward J. Bloustein School of Planning and Public Policy at Rutgers University. In it, it was revealed that Atlantic City’s Boardwalk is getting more and more crowded, which further revealed some glaring flaws in how the city currently handles gaming.

According to the aforementioned study, Atlantic City found itself in a peculiar paradox. When you look at gross gaming revenue, you will find that this East Coast gambling Mecca saw a 22.9% increase when compared to October 2018. From a purely statistical standpoint, more revenue equals more money for the city, right? Technically yes, but changing the perspective from which Atlantic City is observed reveals some striking irregularities.

Out of nine total casinos in the city, seven posted relatively modest upticks in revenue, while the chunk of the citywide increase is mainly due to the success of the Hard Rock Hotel and Casino Atlantic City and the Ocean Casino Resort. Both of these venues are barely a year old, while Hard Rock even won the Casino Player Magazine award in the “Best Atlantic City Casino” category.

From the get-go, New Jersey citizens were concerned. While looking at the situation superficially, it’s amazing to have such an esteemed brand open a venue in Atlantic City, but the reality is much grimmer. Due to the disparities in revenue between the two giants and their seven competitors, the study concluded that the overall number of players didn’t rise – Hard Rock and Ocean have effectively “cannibalized” the competition. Contrary to expectations, the interest didn’t rise at all. Instead, the two newcomers just took on a large chunk of customers who previously played at other casinos.

The study further delves into the notion that the casino market in Atlantic City is threatened by a lack of competition. This duopoly by the region’s newest venues has a profound effect on the success of other businesses in the same industry. With fewer customers, casinos are struggling more and more when it comes to investing in expansions. A lack of investments results in subpar service, which causes even more players to jump ship. All of this is epitomized in the growing vicious circle that NJ casinos found themselves in. And according to projections, the situation is about the get even worse.

With the impending opening of the Live! Hotel and Casino Philadelphia, Atlantic City will see even fewer customers. Due to the illegality of sports betting or other forms of gaming, many denizens of the East Coast drive to NJ solely to place bets or enjoy casino games in Atlantic City. As Pennsylvania’s newest venue will take away a lot of players from NJ, the study also used statistical analysis to predict the exact magnitude of the calamitous effects on NJ’s gaming industry. It is estimated that gross gaming revenue will drop 15%, while annual slot takings are projected to see a 13% decrease compared to the current state.

Unfortunately for Atlantic City, more peril is imminent. New York will start handing out downstate licenses again in 2023, which is believed to be another threat to Jersey’s influence in gaming. Big-name operators such as MGM are already lobbying for an early license giveaway, spelling even more bad news. Perhaps the main reason for Atlantic City’s dominance on the East Coast was a lack of supply.

With more and more competition, the state is at a crossroads. Will, they put a cap on the number of casinos in Atlantic City? Would allowing casinos to exist in North Jersey help fix the problem? Nobody knows for sure, but it’s certain that victories like leapfrogging Nevada in total sports betting revenue will become increasingly rare in the future.