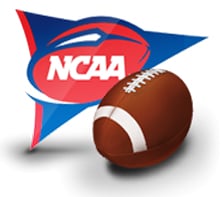 College football is BACK, and that means that there are new storylines every week to break down. In college, I think there is so much information to find that the odds often overlook key information that is just not always huge news.

This is something that we should take advantage of moving forward if you can really dig deep into the teams you are wagering on.

The Heisman odds and talk have been absolutely astounding to me for the last six months, and Thursday night was EXACTLY why this talk about Trevor Lawrence being the Heisman favorite is beyond dumb. Lawrence took on Georgia Tech in a game at home where Clemson was a 36- to 37-point favorite for most of the week.

In this game, Clemson managed to score 52 points. Lawrence was 13-23 for 168 yards, one TD, and two INTs. He also added three carries for 24 and a touchdown.

This will not win you the Heisman in modern college football, and this was always going to happen. If you can find a book out there that is offering Heisman odds right now, go take Tua and Justin Fields and count your money.

Lawrence at +225 is egregious when he routinely puts up performances like that against lesser talent. Tua will throw for 350 and four in eight weeks with his eyes closed. You need to find players that can beat out Tua’s statistics. Lawrence is not in an offense conducive for that, and he will not be in New York in December.

Speaking of Tua and his Heisman candidacy, Tua’s odds to have another incredible season jumped up again when news of Dylan Moses’ ACL tear hit the Twittersphere. Moses is a top 15 prospect in the NFL Draft and was seen as a leader in the locker room and on the field.

Moses is the Tide’s defensive signal-caller, and I expect them to struggle to get that ironed out in the first few games. Luckily for Bama, they do not have any huge challenges for a bit, but Duke should at least work these new guys.

Speaking of the new guys, Christian Harris and Shane Lee are both true freshmen that will now be the starting linebackers for the Crimson Tide. This was NOT a part of Nick Saban’s plans, and I expect both players to struggle.

Lee and Harris are both good recruits, but they were not elite recruits, and they are simply too young at this position. Guys like Rueben Foster could not start as a middle linebacker his freshman year because you are not physically ready to handle being “that guy.”

Although these two have won the starting jobs, I do think that Saban will be watching these two with a very watchful eye, ready to make changes to that group if need be. The issue is that there is no one with experience, and none of these players are expected to become first-round pick talent at some point.

To attack these losses, I think betting on Alabama to not win the SEC or for it to not make the Playoff at +235. Georgia has the talent, and I think these two losses will give Georgia the edge if they meet up again in the SEC Championship Game.

If you want to go another route with this news, I think you should start taking the over on Alabama games early in the season before Vegas catches up. Last season, this offense was fantastic. This resulted in a lot of blowout time.

Now, the defense should have a few holes, and I think that this will allow the offense to have to score more than they did last year. This means the over on Bama games should hit a lot early in the season.