Five Things to Keep in Mind When Betting College Football 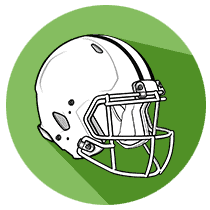 Football is one of the most violent sports in the world, and injuries happen often. One of the first things you need to look at before placing a bet is the injury report for each team. College football teams are not required to deliver as detailed a report as NFL teams, but there is still plenty of ways to get information on all injuries. Teams can certainly still win games with some of their top players out of the lineup, but injuries will likely affect the betting line in a big way.

Since football games are played outside in the fall and early winter, weather can definitely affect the outcome of a game. Certain players or teams just don’t perform well in extreme weather conditions, and you can usually find these trends by doing a quick little search. Weather can also have a huge impact on the number of points scored in a particular game, so it is something that you will always want to keep your eye on.

There are a few rivalries in the National Football League that are extremely intense, but college football is loaded with great rivalries. Rivalry games can significantly impact the way a college football game is played and generally produce plenty of upsets. Just because one team is having a bad year doesn’t mean that they will be an easy win for their top rival. Keep your eye on the lines for rivalry games, and give the underdog team plenty of thought before making a bet.

College football will dominate the TV and radio airwaves starting next weekend, but almost all of those games will feature teams from the biggest conferences. There are plenty of other small conference games each weekend to bet on as well, and those can actually be a great way to make some money. Take a look at all of the betting lines for every game before placing a bet each weekend on college football. You might have to do some more research to learn about each team in a specific matchup, but there can be great value in focusing on small conference games.

Fading the public isn’t always a great strategy in every sport, but it can be extremely beneficial in college football. College football and the NFL get the most action out of any sport, and people are constantly placing bets on the best and most popular teams. All of these bets can play a huge role in affecting the line on a certain game, and fading the public could wind up winning you a ton of money in the long run. It’s always important to do your own research, but be leery of betting on a team that the rest of the country is betting on.