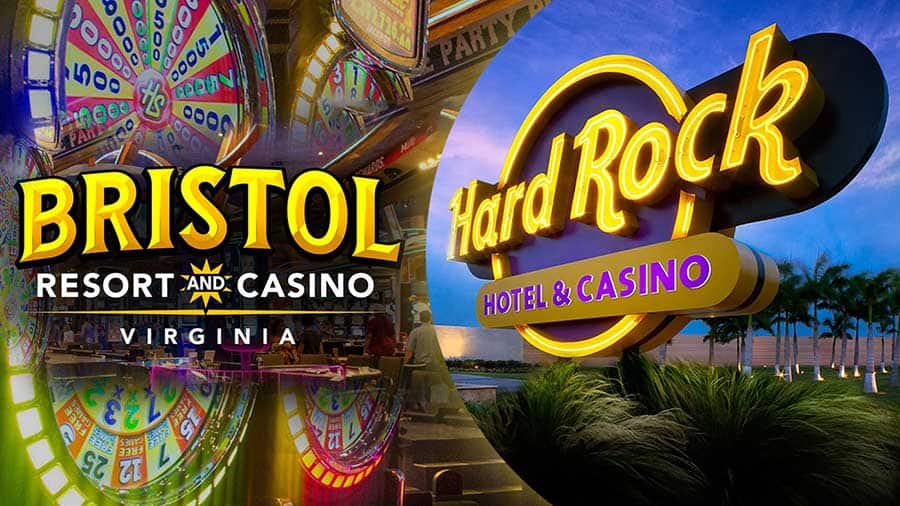 After opening the world’s first guitar-shaped hotel and selling Hard Rock Hotel Las Vegas to Virgin, Hard Rock International definitely weren’t done making moves. Allegedly, they’re looking to make a quick return to Sin City, while keeping their watchful eye on any expansion opportunities that might arise. It didn’t take long before the company was revealed as the probable operator of a future casino in Bristol, Virginia.

With just a few legislative hurdles standing in the way, it looks like Hard Rock Casino Bristol will come to life as early as Q1 of 2021. In what is seen as a transformative move for the entire state, Hard Rock intends to build a state-of-the-art casino in the same place where the legendary Bristol Mall stood from 1976 to 2017.

In the last decade or so, citizens of Virginia have been actively campaigning to bring casino gambling to the state. Their main argument is centered around the multitude of economic benefits such ventures would have for the state. For the most part, legislators have stayed silent on the matter, mostly as an attempt to quell the constant bickering between pro-gaming and anti-gaming groups. According to a report by Virginia’s WTOP-FM, it looks like the former camp might come out victorious after all.

Hard Rock International, created and run by the Seminole Tribe of Florida, is likely to be the first brand to provide gaming services to the citizens of this mountainous state. As of November 2019, they are running a total of twelve casinos in the U.S., the most famous of which are the Hard Rock Hotel and Casino Las Vegas and the Hard Rock Hotel and Casino Atlantic City. Aside from these flagship venues, the gaming giant is always interested in tapping into previously unexplored (or nonexistent in Virginia’s case) markets.

Excitement has enveloped the entire city of Bristol, as the majority of people are glad that the derelict site of the former Bristol Mall will see a makeover. Ever since the structure was demolished in 2017, city authorities have been yearning for a solution to replace this former landmark. Hard Rock might be their saving grace, but the deal is not quite done yet.

Up to the People

The project rests in the hands of geophysical and geological exploration giant, The United Company. CEO Jim McGlothlin officially unveiled Hard Rock’s plan on Friday, hardly suppressing excitement due to the potential deal. He highlighted the fact that Hard Rock Int. is a “legendary entertainment brand” and there was no better candidate for kickstarting the arrival of casinos in Virginia. Moreover, he highlighted the addition of thousands of new jobs and more opportunities, if other operators see Hard Rock’s success. Therefore, it’s all about setting a proper example and we have to concur with McGlothlin – the Seminole tribe can really make a difference.

Now that the plan has been revealed, the next step involves staging an official presentation for the Virginia Joint Legislative Audit and Review Commission. If they give the project a green light, the addition of the casino will depend on the outcome of a referendum. It’s unclear whether voters have to be 18 or 21, as the legal ages for voting and gambling differ in the U.S.

In case the plan is approved by both the legislators and the citizens, Bristol will feature a casino with a 90,000 sq ft gaming area with an additional 80,000-90,000 square feet of space devoted to a playing area for children. The venue will also be joined by a 1,000-room hotel and a 25,000 sq ft sportsbook area equipped with cutting-edge technology. As for the surrounding area, it is speculated that more than 50 retail stores and food outlets will turn Bristol into an attraction for both citizens and visitors alike.

The clock, however, is ticking. Should voters vote “Yes” on the referendum, Hard Rock will have to build the casino before early 2021. Reportedly, this will only include the gaming area and 1,000 rooms. If everything goes as planned, Hard Rock Casino will see an expansion in the form of more rooms and a convention center.