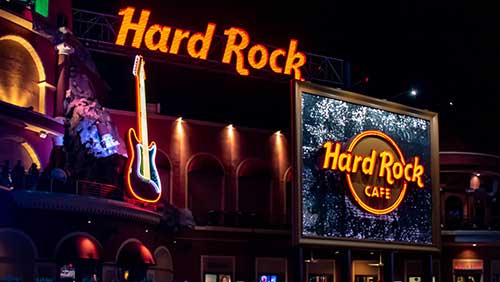 The state of Illinois is in the midst of a gambling renaissance. In June, they’ve legalized sports betting after a myriad of legislative hurdles. Industry experts have predicted revenue upwards of $700 million during the first year, but Iowa and Indiana will have some serious competition, and not because of sportsbooks. Instead, casinos are primed to be the difference-maker.

With gambling expansion set to take place, “contenders” have set their eyes on locations such as the town of Rockford. Recently, a bid by Hard Rock International received an instrumental co-sign from the mayor, bringing them one step closer to their first Illinois venue. Albeit a risky move, this casino will help the entire gaming industry see if the Prairie State is indeed “fertile soil” for new ventures.

An Offer They Couldn’t Refuse

When it comes to certain qualities, such as sustainability and transparency, Hard Rock has always been amongst the best in the business. With 11 existing casinos and a pending bid for an exclusive location in Athens, Greece, their track record is nothing short of impeccable. Even though their experience in gaming must have been a factor in the negotiation, it was lucrativeness that swung the odds in Hard Rock’s favor.

According to reports, their plan is to build a gaming venue on Interstate 90 (I-90). The bid itself mentions a casino with 55 table games, 1,500 slots and a separate venue where 1,600 people will be able to enjoy various forms of entertainment.

However, what really made Democrat mayor McNamara listen was a pledge to pay $7 million in taxes on an annual level. With Rockford openly expressing a desire to become the gaming mecca in Illinois, this seven-figure number was a deal-sweetener they simply couldn’t afford to ignore.

What Does the Future Hold?

From a purely economic standpoint, the potential opening of a Hard Rock casino is bound to be a transformative experience for this Midwest town. In addition to their rumored bid, the Florida-based brand has also pledged to cover some of the costs needed after the venue opens.

This is mainly due to a need for more law enforcement in the area, as an influx of tourists without sufficient preparations could be calamitous to Rockford, in more ways than one.

Tom McNamara himself stated that this new casino project, regardless of the winning bid, will potentially create thousands of both temporary and full-time jobs. He and the city staff have unofficially recommended Hard Rock’s bid to the Illinois Gaming Board (IGB). Experts acquainted with the bid deem it to be the most detailed, with extensive planning and relocation options.

Not a Done Deal Yet

Despite traversing perhaps the biggest hurdle in the process, a Hard Rock casino in Rockford is far from certain at this point. Even though the mayor influences the bid selection process quite a bit, he doesn’t have the final say on the matter.

The city council still has to make an official decision and forward the proposal to the IGB until Oct. 25. Obviously, Hard Rock is not the only “contender” for a Rockford venue, but the competition is far from fierce.

Their biggest threat is currently a rival bid from Gorman & Co., a real estate firm from Wisconsin. Despite including attractive features and highlighting benefits for the town, the proposal had several glaring holes. According to reports, the committee was disappointed by an incomplete financing plan and the absence of a zoning application.

Recently, it was also revealed that the Gorman bid didn’t include a gaming operator, which means that they would have to relocate an existing casino. There were also concerns about their lack of experience in developing an entertainment venue from scratch. Forest City Realty Trust also placed a bid, but it also had some red flags surrounding it.

Allegedly, their proposal missed the mark completely, as they included too many non-gaming features into the plan. Rockford officials weren’t pleased to hear that the project would cost the town a whopping $46 million in various expenses. Industry insiders are convinced that Hard Rock will be awarded the license, barring unforeseen developments.