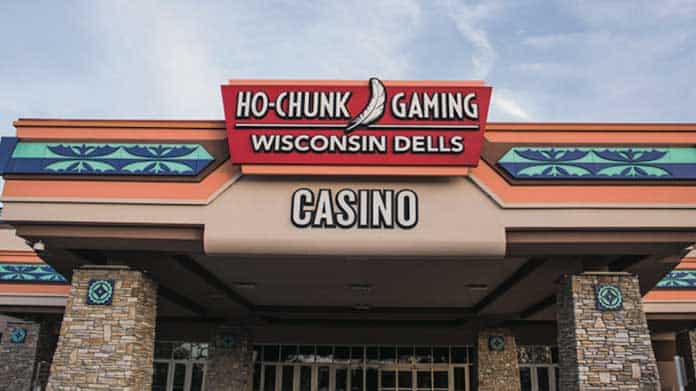 As recently confirmed by both city authorities and the tribe itself, the Ho-Chunk Nation has recently entered the competition for an exclusive location in the southern part of Chicago. According to a Chicago Sun-Times report, they’re in the preparatory stages of submitting an official proposal for a lavish $380 million casino.

Their plan involves the purchase of a location in the village of Lynwood, right next to the Southland Center, a prominent sports complex. According to the tribe’s plan, the casino is envisioned to have 20 stories and employ approximately 1,100 people from the area. As for temporary jobs, they stated that the number will be much higher. What does this mean for the city of Chicago at the end of the day?

The Beginning of the Process For the Ho-Chunk Nation

According to several sources, this federally-recognized tribe has already notified Lynwood officials about their plans. They were rather impressed, but this is only the beginning of the road for the Ho-Chunk Nation. First of all, they have to submit a list of contractors, licenses and a detailed financial plan for the building process and the first several months of operation. Subsequently, they would have to receive official approval from the Lynwood village board.

Industry insiders believe that officials will give their approval to the tribe. A large incentive is a fact that the Ho-Chunk nation has agreed to give the community 2% of its gross revenues, supposedly on a yearly basis. As such, the casino will provide a significant boost to the local economy, becoming a viable source of stable revenue.

Next, they have to submit a proposal to the Illinois Gaming Board (IGB) before the end of the month. Barring unforeseen circumstances, a green light from the IGB would mean an opening date sometime in 2022.

Currently, there is a total of ten casinos in the state of Illinois. Gaming has been prohibited in Chicago for a long time, but a landmark bill signed by Governor J. B. Pritzker turned dreams into reality. Since this legislation has been signed into law, there have been six confirmed casino plans. One of the most significant is Hard Rock’s proposed Rockford venue, but there are also bids for locations in Danville, Waukegan and, of course, Chicago. There has also been activity in more rural parts of Cook County and Williamson County.

In Ho-Chunk Nation, Chicagoans are getting a reliable partner. Formerly known as the Wisconsin Winnebago Tribe, they’ve successfully opened six casinos in their home state. As of now, they have a proposal for a seventh location in the city of Beloit pending approval by the authorities. It is widely believed that they will, in fact, receive it.

A Renaissance for Illinois?

Upon the acknowledgment of these changes in gaming legislation, many industry experts picked Illinois to become the next gambling Mecca. This is mostly because of the fact that the state’s citizens are known to be avid gamblers, who are legally forced to travel to adjacent states in order to do so. However, with recent plans in mind, it seems that rapid expansion is upon us, with the Midwest getting a major player in the race to become the next gaming paradise.

Unsurprisingly, everyone in Illinois is aware of that. Reports indicate that Cook County wasn’t the only community interested in hosting the Ho-Chunk Nation’s new casino. Calumet City, Country Club Hills, Crestwood and Matteson have all expressed a desire for this exclusive addition, with many offering additional deal-sweeteners.

The tribe’s arrival to Chicago followed the recent confirmation of a deal being struck between the city and Alabama’s Poarch Band of Creek Indians, the state’s only federally-recognized tribe. They have confirmed that all $275 million of building and licensing costs will be completely covered by the tribe. In the bidding war, they’ve prevailed to earn an exclusive location between Homewood and East Hazel Crest.

Paul Fox, a Ho-Chunk Nation representative, said that the tribe is ecstatic about their entrance onto the Chicago market. He also reminded everyone that they have “a proven track record of getting things right” and that Chicago will see a revival with new jobs and additional revenue.