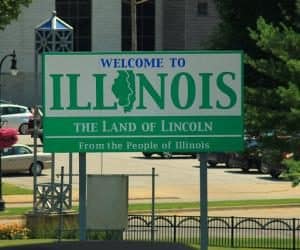 The state of Illinois embarked on a gaming renaissance with two goals in mind – to gain more revenue and to become an important entertainment hub. After passing a sports betting bill, they’ve shown that they’re more than ready to handle both scrutiny and responsibility. Governor J.B. Pritzker received widespread praise for this move, but his gambling-related plans were just beginning.

With plans for a flagship casino in downtown Chicago and Hard Rock getting official approval for a Rockford location, everyone was waiting for the next domino to fall. The Homewood Village board gave Wind Creek Hospitality a green light after reviewing their casino proposal. Primed for a location near I-80, the 64,000-foot facility will include a hotel as well.

Not a Smooth Process

With the absence of casinos in downtown Chicago, operators are constantly looking for new ways to conquer the Illinois market. One solution they’ve come up with is aiming for the city’s suburbs. Not only are these locations considered to be the best in the area, but they will also prevent players from spending money in Indiana casinos near the border.

Wind Creek Hospitality (WCH) submitted the winning bid for the construction of a casino and hotel complex in the Homewood and East Hazel Crest communities. Projections indicate that the state of Illinois is to earn approximately $155 million in tax revenue alone. However, a large portion of that money will go to East Hazel Crest, Homewood and more than 40 other municipalities in southern Illinois.

Despite the Homewood Village board favoring this bid in the end, there were significant obstacles along the way. Community representatives voiced their concern during the board meeting, citing a potential rise in crime if the casino attracts a plethora of tourists. William Alcott, the Homewood Police Chief, reassured citizens that other communities in Illinois haven’t seen an increase in criminal activity since the opening of their respective casinos.

Industry experts say that this is one of the first dominos to fall in the next wave of gaming expansion in Illinois. Local authorities are also getting a reliable business partner, given the fact that WCH owns a total of ten casinos throughout the U.S. The company is owned and operated by the Poarch Band of Creek Indians, who started their gaming empire in Alabama. Since then, they’ve expanded into Nevada, Pennsylvania, Alabama and other states.

This hotel and casino will feature 250 luxurious rooms, equipped with an indoor pool and a spa. Three bars and two restaurants will serve as just the overture to a state-of-the-art gaming facility with over 1,300 slots and 60 table games. It would instantly become the most high-end entertainment venue in the area and players would access it easily via I-80.

Arthur Mothershed, vice president of WCH stated that the company’s arrival into an area is a situation where everyone wins. When you take a look at their track record, they’ve posted excellent numbers with several locations such as the Mobile Greyhound Park, the Wa She Shu Casino. This gives all parties a hope that the partnership will end up a success.

Despite the overwhelming fanfare due to the approval of the Homewood Village board, the process is still not close to being done. Since the proposed hotel & casino would be within the limits of two municipalities, East Hazel Creek still needs its board to approve the proposal. An overwhelming majority of individuals connected to the process deem that the plan will go through, as the deal is “mutually beneficial in every sense of the word”.

Their board is set to meet on October 10th and discuss the whole situation one final time. If Wind Creek Hospitality manages to get approval, they have to file an application with the Illinois Gaming Board (IGB) by October 28th. Experts widely believe that Illinois is taking the right steps by promoting a slow expansion process so that the communities can become accustomed to a sudden abundance of casinos.

Keep in mind that, not too long ago, Illinois only allowed riverboats to offer gaming options. Movement in this direction is definitely a progression.