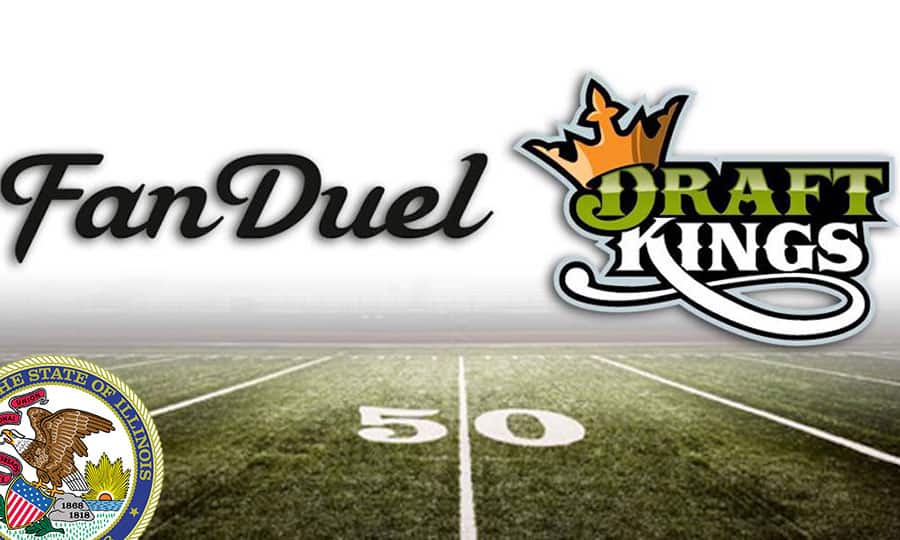 The state of Illinois looked like it was going to be the next state to legalize sports betting, but that might not be the case. Legislators in Illinois have until Friday to make a decision, and every day that passes seems to add more questions and fewer answers. The state of Illinois is in desperate need of money, and legalizing sports betting is projected to bring in $217 million in the first year. The lawmakers have been making revisions to a proposed bill for the last few months, but their recent provisions are raising eyebrows across the sports betting world. Illinois very rarely seems to get things right, and it appears that they are going to be making another huge mistake by missing the deadline to get this bill passed into law.

One of the biggest reasons that this bill hasn’t already been passed is because lawmakers can’t decide to do with DraftKings and FanDuel. Both of these companies got caught operating in Illinois in 2015, and the state has labeled them a “bad-actor.”
Initially, the bill was going to keep these two companies out of their state for three years, but a new provision has been added. Instead of focusing on the bad-actors, a provision was added that would restrict online gambling for 18 months after the bill gets passed.

Not allowing online gambling is a huge mistake by Illinois lawmakers, but they have other provisions that might be worse. This new sports betting bill would make gambling on college athletics illegal. The new provisions also outline the licenses that would be made available, and they are very expensive and very exclusive.

Just two licenses will be made available to online-only sportsbooks, and they would cost $25 million. Only 26 licenses would be made available to casinos, racetracks, and OTB sites, and those would cost $5 million to purchase.
Illinois has made it clear that they want sports betting to be legalized by the summer of 2019, but they aren’t willing to back it up with their actions.

There was no way that FanDuel and DraftKings were going to sit back and let the state of Illinois give them a bad rap throughout the country. Both companies have teamed up to fight back against the state, and are now trying to speak to the Illinois taxpayers.
After being labeled as “bad-actors” in 2015 and being found guilty of acting illegally, DraftKings and FanDuel responded with a lawsuit. The two companies and the state of IllinoiIllinoiss settled the agreement before taking it to court, and the two sports betting giants have hired an attorney again.

Hiring an attorney and fighting the issue in court isn’t the only thing that these two companies are doing this time. DraftKings and FanDuel teamed up to create a $1 million ad campaign targeted at Illinois taxpayers. A 30-second ad was recently aired in the Chicago area that spoke to Illinois incompetence with this new bill, but the ad has since been removed.

If Illinois goes through with this bill and the proposed revisions, then you can expect this fight to get even bigger. If legislators can’t come to an agreement and the deadline passes, then Illinois will lose out on much-needed revenue.