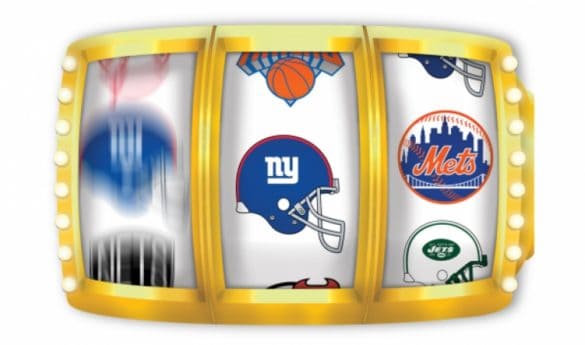 The state of New York has already legalized sports betting, but they are now trying to include online sports betting before the lawmakers break for the season. The New York State Gaming Commission will be in charge of operating the sports betting industry, and that will be legal at all tribal casinos and four casinos in upstate New York.

These new rules are set to go into effect on June 26, but lawmakers are trying to squeeze in mobile/online betting as well. Other states across the country have made a ton of extra revenue by legalizing online sports betting, and it has become the most popular form of sports betting in this country.

The New York Senate passed a bill by a 57-5 vote that would allow for mobile and online wagering on sports when it becomes legal later this month. The bill will now go to the Assembly for a vote before eventually landing on Governor Andrew Cuomo’s desk. Leadership in the Assembly must make a call for the bill to be voted on, and that might be an issue.
Assembly Speaker Carl Heastie has been a strong opponent of this bill since the beginning and could stop the whole process. There does appear to be plenty of support in the Assembly for legalizing mobile sports betting, but it will be something to keep an eye on this week.

New York Trying to Keep Up With New Jersey

One of the biggest reasons that New York has legalized sports betting is because they have seen how much revenue the state of New Jersey has brought in. New Jersey is now the top state in terms of sports betting, slightly passing the mark set by Nevada in the month of June.

New Jersey brought in 318.9 million in wagers during the month of May. New Jersey sportsbooks won over $15 million in May and are nearing $200 million in revenue since launching it in 2018. New York is losing sports betting fans to its neighboring state and is hoping to make the same type of money in its state. Legalizing mobile sports betting will be the key, and the lawmakers in the New York Senate know it.

Proponents of this new bill are just hoping that it lands on his desk, and then they can work together to get something passed. People throughout the state of New York are in support of this bill, and perhaps that could persuade Cuomo to change his mind and sign it. There are still plenty of hurdles left for this mobile sports betting bill, but it’s headed in the right direction.