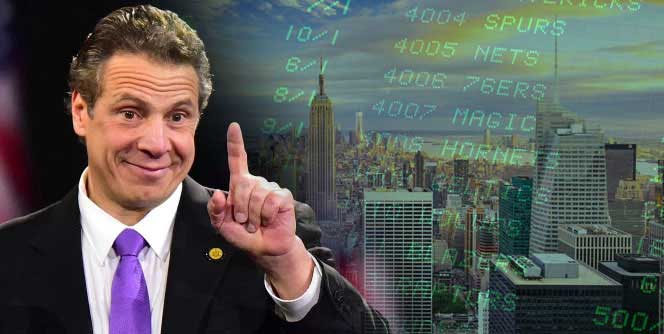 The New York state gaming commission has unanimously approved the legalization of sports betting in the casinos located in the upstate. This issue has been debated a ton over the last few weeks, but New York will now become the 14th state to allow sports betting in some capacity. Even though the state believes that bets will be taken on sports sometime around Aug. 1, there are still plenty of limitations that will affect sports fans throughout the state.

The gaming commission wants to get things up and running before the 2019 NFL season starts, but there are still plenty of steps that need to be taken.

Even though this new law affects all residents of New York, most of the betting will be allowed in Upstate New York. The state has recently built four new casinos in Upstate New York, and they will serve as the sports lounges or sportsbooks. There are also seven Indian-owned casinos throughout the state, and they will be able to apply for a license to take sports bets as well. The four casinos that will become sportsbooks are del Lago Resort and Casino, Tioga Downs, Rivers: Rush Street Gaming, and Resorts World Catskills. Most of these locations are already established or are nearing the end of construction.

The New York State gaming commission will begin accepting applications soon, and they anticipate that the first bet will be made around Aug. 1. Anyone wanting to place a bet on sports will have to visit one of these four sportsbooks, which isn’t exactly easy or convenient for a lot of residents throughout the state. Colleges and universities located in New York are unable to be bet on, as well as any collegiate sporting event taking place within the state.

No Mobile Sports Betting in NY

Other states throughout the country are seeing a ton of revenue through online gambling or mobile sports wagers, but that doesn’t appear likely at this time. Governor Cuomo is not in favor of legalizing online wagering on sports, but there is still some debate going on in the New York state legislature.

The general assembly is set to adjourn on June 19, and it appears that they are going to run out of time to legalize the online portion. Cuomo believes that a new amendment would need to be added to the New York state constitution, and that process could take up to three years.

Still, New York should see a huge increase in revenue for their state, as sports betting has become extremely popular in New Jersey. There are several major companies that appear to be on board with this new legislation, and DraftKings will operate one of the four sports lounges within the state.

The Oneida tribe owns and operates at least three casinos across the state, and they are going to partner with Caesars Entertainment to apply for a license to begin taking bets in their casinos. Even though New York still has a long way to go to catch up with surrounding states, fans should be able to begin making bets on sports before the NFL season begins.