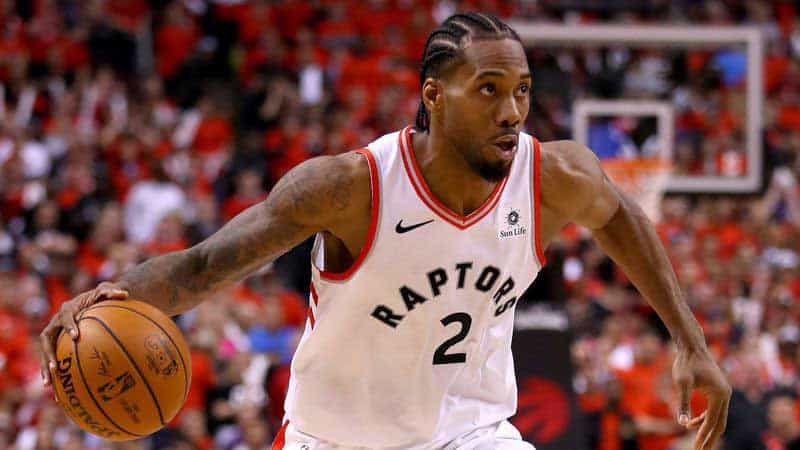 NBA free agency has just started, but it also feels like it has already ended with the exception of one major star still left standing just days into free agency. Kawhi Leonard now holds the basketball world in his hands, and there are a few different ways that things can shift.

Los Angeles Lakers
The Lakers were thought to be the front-runner in the Kawhi sweepstakes just a few days ago when he was calling Magic Johnson and trying to get a sense of the organization. Now the Lakers are left trying to meet with Kawhi in an attempt to pry him away from the Clippers and the Raptors.

When it comes to these rumors, there are always a ton of different scoops and leaks that are said by various media members trying to talk about what could possibly be going on. The confusing thing about Kawhi is that there don’t seem to be many guys on the inside of his circle that really know what’s going on, and that makes this really tough to figure out.

I personally have no inside information on Kawhi, but I do tend to believe a source out there that claims that Kawhi does not want to play with LeBron James. He wants to be seen as an equal to LeBron, and he knows that will never happen if he joins up with LeBron, no matter how they both play. I believe that the pitch from the Lakers HAS to be why the Lakers will be Kawhi’s team and not LeBron’s.

When I think about that pitch, I just don’t think that it is going to work. Kawhi hates super teams and really doesn’t want to be a part of one, although winning alone was pretty tough in Toronto. I assume that Kawhi would’ve preferred something like the Clippers pre-Tobias Harris trade where he could’ve been the clear 1 with a clear 2 that can help.

That being said, I want nothing to do with the Lakers’ current odds to win the NBA Finals at +150. These odds are pretty insane, and I assume they would get even worse if Kawhi to the Lakers is confirmed. The Lakers would have three elite players but absolutely no depth, and I think that there are plenty of NBA teams that could beat this team if they were just missing one of these three guys.

Los Angeles Clippers
The Clippers are on the outside looking in when it comes to landing Kawhi right now, and I do not think that it will change. The Clippers were always the plan for Kawhi going into the season, but he already has a core around him in Toronto that is probably better and has already proven to be able to win. I think that the Tobias Harris trade and then the lack of signing a big-name free agent hurt the Clippers’ chance to give Kawhi a reason to leave Toronto.

The only real benefit to the Clippers is the weather and location of Los Angeles while not joining a super team like the Lakers would be. I do think that Kawhi would like the idea of competing with LeBron for the city of Los Angeles, but I also think he has a bit of doubt as to if he could do it.

I want nothing to do with the Clippers’ odds at +1600 because I don’t think he signs with them and I also don’t think they are very good even, with the addition of Kawhi. They are a fine, middle of the playoffs team, and I don’t want that.

Toronto Raptors
I think that Toronto is the best bet on the board when looking at Kawhi, but I am still unsure about pulling the trigger depending on the odds. Right now, I have the Raptors at +600, and I want nothing to do with that number, but there are probably some books out there at closer to +1000.

The Raptors are defending champions, but I still think they are very beatable with Kawhi. At +1000, I would see a nice hedge opportunity, but much lower than that, and you are almost buying a price for if Kawhi signs, which is not something we want to do.

I truly think that Kawhi is simply letting every team give him their pitch, and then making his decision based on the pros and cons of every situation. The Raptors have the easiest pitch because Kawhi has already been there and knows what to expect. Also, Kawhi seemed to generally enjoy his stay up north.

There are a lot of unknowns with the Clippers that are very much known about the Raptors, which will eventually eliminate the Clippers from contention. After that, Kawhi has to determine if the Lakers will be his team, and I think that he is smart enough to realize that the team LeBron is on will always be LeBron’s team.

Kawhi will rest 30 games if he does come. I expect LeBron to rest more and more as he ages, and AD is notorious for getting banged up and missing a little time once a month. If Kawhi doesn’t sign, this total will drop to be closer to 50.