Matt Maddox, CEO of Wynn Resorts, Gets Sued for Spying on Employees 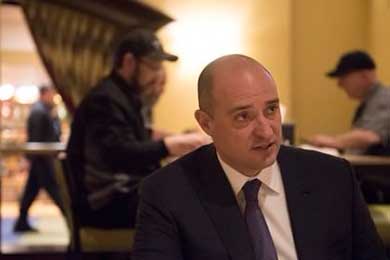 While events like the opening of the new Virgin Casino in 2020 give Las Vegas a reason to be ecstatic about, Sin City can never really escape controversy. This was proven to be true once again when it became known that a former Wynn Resorts employee was launching a lawsuit against CEO Matt Maddox and several other people working for the company.

Jorgen Nielsen, a former creative director of the Wynn Las Vegas hair salon, allegedly has proof that Maddox and two high-ranking ex-employees have been conducting illegal surveillance missions, during which Nielsen’s privacy was invaded. The plaintiff is seeking more than $50,000 in damages from the court. In addition to this situation, he also shed some light on various instances of sexual misconduct that occurred during the tenure of former CEO, Steve Wynn.

In January 2018, the Wall Street Journal, uncovered that the then-CEO and founder of Wynn Resorts encouraged sexual misconduct in the workplace and reportedly did nothing to make female employees feel safe and comfortable. One of the sources for the article was Jorgen Nielsen, a professional hairstylist who served as the artistic director at the Wynn Las Vegas venue, as well as Encore later on.

Represented by Maier Gutierrez & Associates, the plaintiff confirmed that he played a role in the ousting of Wynn after he spoke with various media members when the WSJ article was published. In the suit, his insistence on telling the truth was reiterated, which is best seen in the following statement: “Several past and current high-ranking Wynn Resorts employees, the individual defendants included, turned a blind eye to Steve Wynn’s negligence, which resulted in an abusive, sexualized and uncomfortable atmosphere at various Wynn Resorts venues” Kim Sinatra, ex-general counsel, and James Stern, vice president of corporate security, has also been named in the suit.

Wynn fired back with a defamation suit, calling Nielsen a “disgruntled former employee who manifests his failure through feelings of anger, dislike, and animosity”. The plaintiff’s lawsuit showed that the former CEO was just the tip of the iceberg when it comes to illegal activity in the company.

Nielsen’s complaint, amongst other claims, includes an assertion in which he elaborates that Stern, the former security director, consistently spied on him during work hours. Earlier this year, the plaintiff also testified at the Mass Gaming Adjudicatory Hearings that James Stern orchestrated all the instances of spying. These hearings came just as the Wynn Resorts-owned Encore Boston Harbor was being opened.

In detail, the court documents describe how Stern, with the approval and support of Maddox and Sinatra, used to send undercover operatives to pose as salon clients. They would ask him work-related questions, supported by a fictitious story about how they had a bad experience during their stay at Wynn Las Vegas. This was done in an attempt to coerce Nielsen to speak badly about his superiors. All of this started occurring in March 2018.

Interestingly, the plaintiff’s legal representatives also pointed out that the spying operation was approved after Steve Wynn sold his entire stake in Wynn Resorts Ltd and resigned his positions. It was also said that the trio of defendants also did nothing to protect their employees from Steve Wynn’s atmosphere of oppression and abuse.

Not the Only One

This lawsuit by Jorgen Nielsen is just another instance of legal action taken against the gaming giant, which was founded in 2002 by Steve Wynn. Several weeks ago, Brenna Shrader, who worked as a massage therapist at the venue Nielsen did, filed a complaint against both Wynn and the company. In it, she explains how high-ranking employees purposely applied measures and rules that made it difficult for female staff to defend themselves if they are victims of sexual harassment.

Just a few days afterward, nine other women joined forces to sue Maurice Wooden, the company’s former president. According to this joint complaint, Wooden told staff not to talk to the press about anything and threatened them “with consequences” if they failed to execute his orders. It is expected that more people will come forward in the near future.