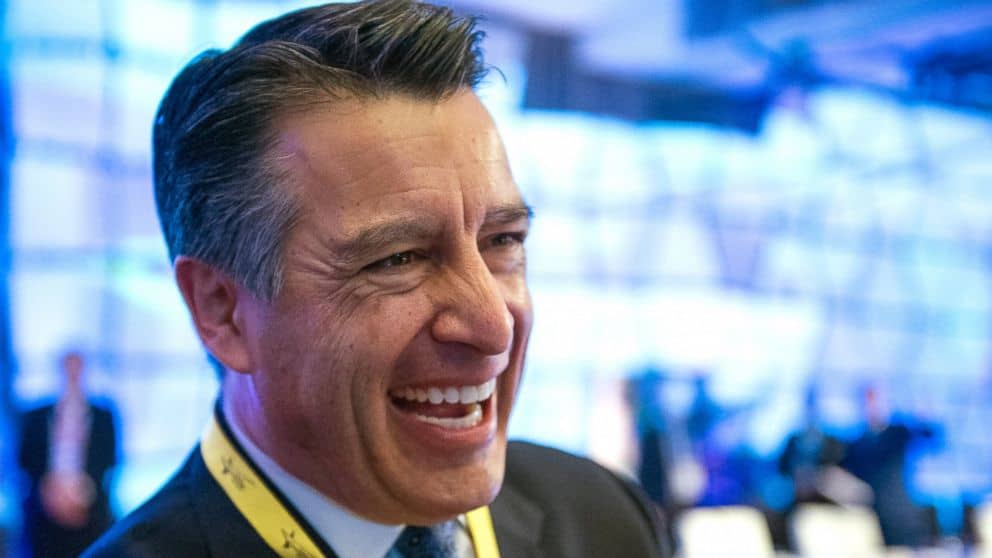 In the gaming industry, few people have had more illustrious careers than Brian Sandoval. Throughout his time spent in the public eye, Nevada has definitely changed for the better. When a young Sandoval joined the Nevada Assembly, with only roles in private law firms to his name, it was clear that this would be no ordinary figure on the state’s political scene. This clarity only grew stronger as time had passed.

First, the chairman of the Gaming Commission of Nevada (GCN), then the beloved Governor of the Silver State, Sandoval seemingly achieved everything he strived towards in terms of politics. In 2019, he took on a new challenge as the Global Gaming Development President of MGM Resorts, helping the company reach new heights. On Friday, 3 April, he announced his departure and subsequent devotion to a completely new sector (for him) – academia.

Sandoval, a lifelong Republican, served as the perfect representative for Nevada in each of his eight years of governorship. Once his second term was up in 2019, he seemed like the perfect representative for a brand that was looking to further its already sizeable global recognition. Aside from iconic US venues such as Mandalay Bay and the Borgata, MGM is also renowned in international circles, with MGM Macau and MGM Cotai being its flagship overseas locations.

Despite MGM’s previous success abroad, Governor Sandoval was needed to further the brand’s reputation and secure new licenses. Such was the case with the company obtaining at least one of three future licenses to construct and run a casino in Japan. Many industry experts praised Sandoval’s involvement and the importance of entering a market that has enormous potential.

Brian announced his departure, via a press release last week, with gratitude being expressed towards James Murren and Bill Hornbuckle, both of whom were his CEOs at MGM. Murren was recently replaced by Hornbuckle, with Paul Salem, a reputable investment banker, being promoted to Chairman. It’s unclear whether these personnel changes had anything to do with Sandoval’s decision to step down.

As a man experienced in politics, legislature, economics, and gaming, it would be hard to imagine a company where Sandoval wouldn’t be a perfect fit. There were rumors that his commitment to MGM wasn’t as rock-solid as it was previously believed to be, but few would have guessed that he would be switching gaming for – academia.

Within his press release, Brian mentioned that he is to apply for the position of President at his alma mater, the University of Nevada, Reno. Marc Johnson, the incumbent President is set to retire, with Sandoval being the main candidate. However, he will face stiff competition in the form of Kevin Carman, the longtime second-in-command at UNR.

While he doesn’t have the experience usually seen in candidates for such a position, Sandoval certainly has the resourcefulness and a hefty resume to compete with Carman. One cannot forget his role in fighting for Nevada’s gaming autonomy rights, especially when it came to offering bets on college sports. His efforts weren’t just catered towards operators. Brian also worked to limit the number of gaming venues in residential neighborhoods, as well as ban slot games with imagery appealing to children.

Aside from being the 29th Governor of Nevada, Sandoval was also a federal district judge and the Attorney General of Nevada, both positions that saw him make some clever moves to win approval from several key demographic groups. As such, he is definitely the right man to lead UNR through a plethora of challenges a university has to face on a daily basis.