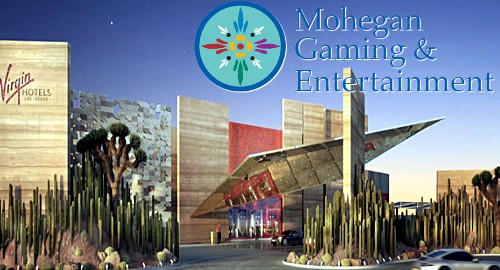 By signing a recent agreement, Mohegan Gaming & Entertainment (MGE) struck a landmark deal that would allow them entry into the bustling Las Vegas market. They are set to team up with Virgin Entertainment and become the operator of the new Virgin Hotels Las Vegas, which are set to open in late 2020.

When Sir Richard Branson announced the acquisition of the Hard Rock Hotel in Las Vegas, everyone expected the new venue to be one of the most spectacular integrated entertainment resorts (IERs) on The Strip. With Mohegan entering the playfield, the stakes got even higher, as Vegas is about to become home to the first Native American-operated casino.

MGE already operates several venues on the East Coast, as well as China and South Korea. However, this is the first time the Mohegan Tribe will have a Las Vegas IER at their disposal. This teaming-up of sorts comes at a much needed time for the tribal operator, as they’ve reported a 25% decrease in profits in Q4. Competitors like the MGM Springfield Casino have somewhat suppressed their dominance.

Mario Kontomerkos, the chief executive officer (CEO) of the company said it was “a match made in heaven”. In a statement for the Las Vegas Review Journal, he highlighted the myriad of new options, as MGE seeks to target several demographics with their newest venue. Additionally, Kontomerkos admitted that Virgin’s global outreach as the main reason why the two joined forces.

Upon the announcement of the agreement, industry experts lauded the move but also pointed out that there are significant risks involved. Both Virgin and MGE are “first-timers” in Vegas, which slightly increases the possibility of a debacle. However, most people agree that the finalization of this ambitious project will urge other IERs in the city to “step up or step out.”

Contrary to popular belief, the deal is not yet “officially official”, as its request for approval by the Nevada Gaming Commission (NGC) is currently pending. The existing Hard Rock Hotel is set to close shortly after Super Bowl LIV. Barring any unforeseen setbacks, the new venue is set to open in December 2020.

What Can We Expect?

When it comes to forming our expectations, the first clue lies in a Virgin press release from earlier this year. The soon-to-be-open casino was referred to as an entertainment venue for both tourists and locals, meaning that there will be significant incentives and commodities involved. As they will be fighting on two fronts, there is also the sportsbook problematic.

The Mohegan Sun was recently the site of a $60,000+ cheating scandal, so MGE will likely strive to distance themselves from any shady business practices. CG Technology handled sports betting at the Hard Rock Hotel and was struck with several fines in recent years. With this in mind, it’s probable that MGE will not want to retain them. As of now, the biggest contenders for this sportsbook vacancy are Unibet and DraftKings, both of whom have fruitful relationships with MGE’s East Coast venues.

Saying that MGE’s arrival onto The Strip was expected would be an understatement. The tribal operator has expressed a desire to make an entry for several years now, with little to no avail. Previously, they intended to purchase the Fontainebleau, a now-defunct project. However, the plan fell through and the property was sold to developer Steve Witkoff, who confirmed that the Drew Casino will be open sometime in 2022.

Ral.com/business/casinos-gaming/opening-of-drew-las-veichard Bosworth, president, and CEO of JC Hospitality LLC, hinted at more potential expansions by saying this is MGE’s first entry in the Vegas market. This would be a continuation of the company’s existing business plan, as they’ve recently opened Fallsview Casino Resort and Casino Niagara in Canada, as well as Inspire in South Korea.

According to recent reports, the Mohegan Tribe is currently working hard to obtain a gambling license in Japan. However, they also have their eyes set on the European market. A clear proof of their intentions is the official placement of a bid for a casino project in Athens, Greece. Hard Rock, MGE, Genting Malaysia and several other conglomerates are competing for an exclusive location at the site of the now-defunct Hellenikon airport.