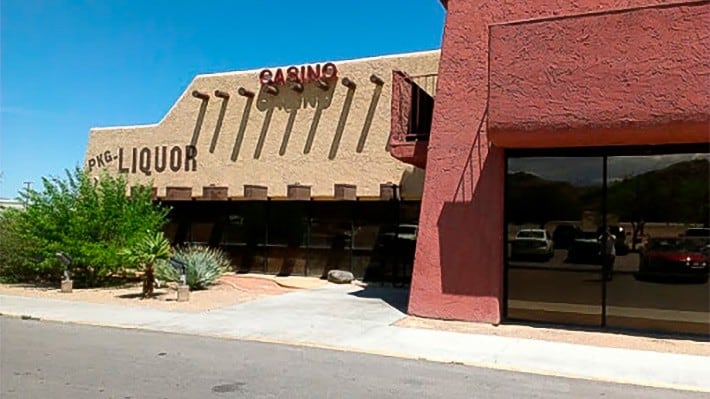 Nevada’s casino market is an incessant fight for dominance, in terms of both traffic and credentials. With the economy getting more volatile each passing month, the turnover in the state has become more apparent in the last 15 or so years. Interestingly, this constant coming and going of different operators hasn’t hampered the quality of service. Such a competitive environment also made it hard for casinos to make a return, but one exception has recently appeared.

The small town of Indian Springs, located eastwards of Route 95, is getting its casino back. Following a request from the U.S. Air Force, the old Indian Springs Casino was closed down and demolished. Experts believe that the location, on the road to Reno, will prove to be more fruitful than ever before.

In the mid-1980s, the town of Indian Springs rejoiced upon the Nevada Gaming Control Board’s (NGCB) decision to grant it a casino license. As soon as it opened its doors, the Indian Springs Casino became the lifeblood of the eponymous unincorporated town in northwestern Clark County. It didn’t overtake the big names on the Strip when it came to gross revenue, but it was certainly an important cog in Nevada’s casino industry. However, 9/11 changed everything.

According to an official document by the USAF, named ‘Acquisition of Resort Property Located in Indian Springs, Nevada – Environmental Assessment’, the land on which the casino was located was determined to be the ideal and most efficient way to create a security buffer. After the assessment, the USAF purchased 17 acres between Creech AFB and Tonapah Highway. At the time of its closing, Indian Springs Casino included 60 slots, a motel along with an RV park, a tavern, and an arcade – all open 24/7.

After the entire venue was demolished, Creech Air Force Base became one of the main hubs for fly combat missions in the Middle East. It is a location where computer-controlled drones were manned by sensor operators and pilots.

Surprisingly, the NGCB allowed Indian Springs Operating Co. LLC, the casino’s owner, to retain his license for an indefinite amount of time. While there were talks of a potential relocation to the western side of Route 95, they never happened. This is when Herbst IS Holdings decided to step in and apply for a license transfer, with the intent to re-open the venue at the initially proposed location.

Even though Las Vegas gets most of the publicity in Nevada, industry experts have long proposed a spread outside the city’s metropolitan era. A main reason for this kind of suggestion is the oversaturation of the LV casino market, which began happening in Atlantic City, too. Introducing a casino cap is much less efficient than allowing other communities to thrive in an organic manner.

Many believe that the Indian Springs Casino re-opening will result in a plethora of new venues throughout the state. With regulation getting easier with each passing year, this diversification won’t be a problem for the NGCB to handle.

And the best part of the whole ordeal is the fact that the new Indian Springs Casino will feature 75 slot machines, a gas station, an electric vehicle charging station, a convenience store, and a Bob’s Big Boy franchise. Tim Herbst, Herbst IS Holdings manager, stated that he believes that mid-may will see the license transfer being completed. The operation will resume at the end of May, with the beginning of June also being a possibility. It is also believed that other details will emerge up to that point.