New Jersey Update, Tennessee Legalization, Who is Next 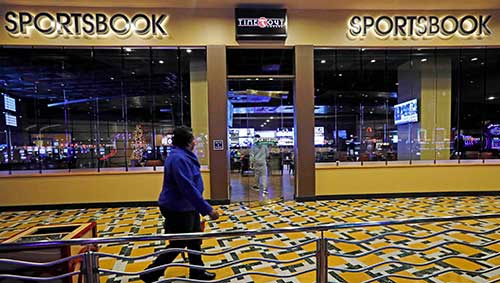 Chances are good that your state has recently discussed the issue of sports betting, assuming they haven’t already made a decision on the topic. Legalizing sports betting has been a state decision since late 2017 when the Supreme Court lifted a federal ban against betting on sports. The sports betting industry is one of the fastest growing industries in the country, and states have the opportunity to make a ton of money if they legalize it for their citizens. Some states have refused to even discuss the subject, but a handful of states have been in the news recently for taking the jump and making it legal.

New Jersey was quick to jump on board after the ruling from the Supreme Court, and they are the clear leader in this fast-growing industry—outside of Las Vegas, of course. The state of New Jersey allows physical locations to take bets, as well as allowing online betting. New Jersey just announced that they made over $21 million in revenue in the month of April, but that pales in comparison to their March numbers. The 2019 NCAA March Madness Tournament helped push the betting handle to over $372 million in the month of March. Over 80% of the bets placed in New Jersey have been via a mobile device, but their physical locations are growing in popularity as well.

The issue of whether or not to legalize sports betting was a hot topic in the state of Tennessee, but a decision has finally been made. The Governor made it clear that he was not in favor of a bill that legalized it, but the legislature had other ideas. A bill was passed by both houses in Tennessee in early May and was sent to the desk of the Governor for a decision. Governor Bill Lee announced that he would not sign the bill, but it will become a law that takes effect on July 1 nonetheless. Tennessee is one of the few states in the country that doesn’t have any casinos currently in operation, and the new law bans any “brick and mortar” type betting establishments from being run. The state estimates that they will receive at least $50 million annually with all of the sports betting being done via state-regulated online sportsbooks.

Indiana and Iowa Are the Next States to Legalize

Sports betting is starting to make its way into the Midwest states, and Indiana and Iowa have both recently passed new legislation to make it legal in their states. Indiana became the 10th state to legalize sports betting just a week ago, and the Hawkeye State was right behind them. The state of Indiana has been debating this topic for a long time, but their new bill is relatively aggressive in comparison to other recent bills that have been passed. The new bill will go into effect on July 1, and both online gambling and brick-and-mortar establishments will be legal. Both entities will have to register with the state and be charged an annual fee.

Iowa Governor Kim Reynolds took about a week to sign the bill once it was on her desk but finally made it official earlier this week. The state of Iowa is taking a different approach and are focusing more on their casinos and delaying the mobile betting option. There are currently 19 casinos in operation in the state of Iowa, and all of them will be granted the opportunity to take sports bets. Mobile betting will be rolled out gradually and should be fully in place by January 1, 2021.