NFL News and Notes: Brown, Elliott Back On Field 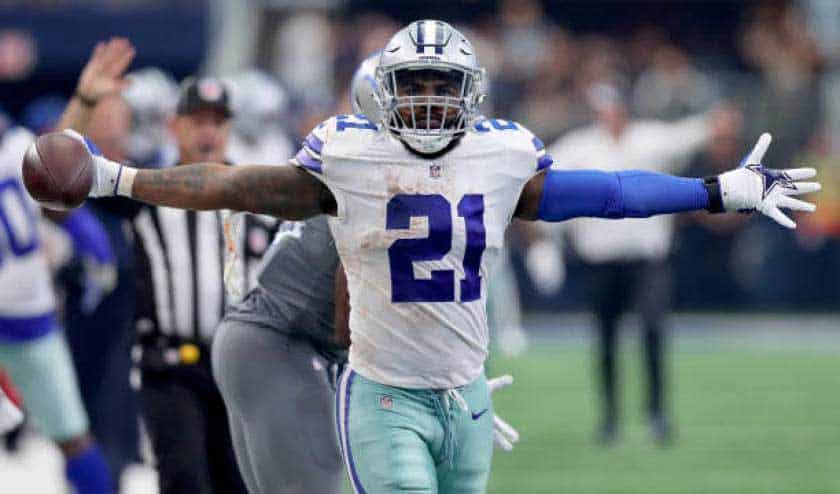 The NFL is one of the most story-rich professional sports organizations, and this offseason has featured that fact in full force. A couple of recent stories should have a major impact on this week and this entire season.

This is one of the most fascinating stories that I have ever seen in sports, and the twists and turns seem to keep on coming. Brown started off camp with a bang when he struggled to practice due to blisters on his feet because of him using the wrong footwear in a cryotherapy chamber during the offseason. This was simply a precursor as to what would happen following.

Brown then skipped out on practice after being told that he had to change helmets to fit the NFL’s new guidelines. At one point, Brown even attempted to disguise his old helmet as a new one, just so he could use it during practice. This holdout lasted for a while and eventually led to Brown being fined by the Raiders.

After Brown got fined, he took to social media to discuss his displeasure with the letter he got from the organization. This was a strange thing to do, but I was not really expecting it to escalate it much. Boy, was I wrong.

Just late this week, Brown was then reportedly held back by teammates while in a verbal shouting match with general manager Mike Mayock. Reporters around the league then suggested that this would result in a suspension for Brown from the Raiders organization.

Fast forward to the next day where Brown supposedly gave the team a heartfelt apology and is now going to play in the team’s season opener on Monday night.

As of this writing, Brown has recently released a YouTube video on the matter, and it really is rather strange from all aspects. It has been the talk of social media, but I am generally not sure exactly what to do with this information.

This video was released around the same time that there was another report that Brown got fined for the confrontation with Mayock and Brown “was not happy about it.” What do we do with this information?

If we make it to Monday and Brown is on the field during warmups, I really like betting on AB to show up in this game to show that he isn’t what he is being portrayed to be, whether that is true or not. As a whole, I think this situation makes the Raiders a very combustible team, and I think that throughout the season, I will be looking to ride the ups and downs of this team.

Ezekiel Elliott is now the highest-paid running back in football, and he is back with the Cowboys in time for their Week 1 matchup with the Giants. I already loved the Cowboys in this spot at home against a bad team and a bad quarterback, and Zeke only makes me feel better about it.

This line has basically not changed with the Zeke news, and I do think that is inherently wrong for this particular game. I am fully on board with the thought that running backs don’t matter, but Zeke does a lot more for the offense simply from a perception standpoint.

The Giants are going to key on the run a bit more with Zeke out there, and I think that the Cowboys are going to be more comfortable with Elliott in pass protection or goal-line situations than they would be with anyone else simply because he is so consistent in every aspect of the game. The addition of Zeke should allow the Cowboys to play their game more confidently, which should be enough to cover the touchdown spread against the lowly Giants.