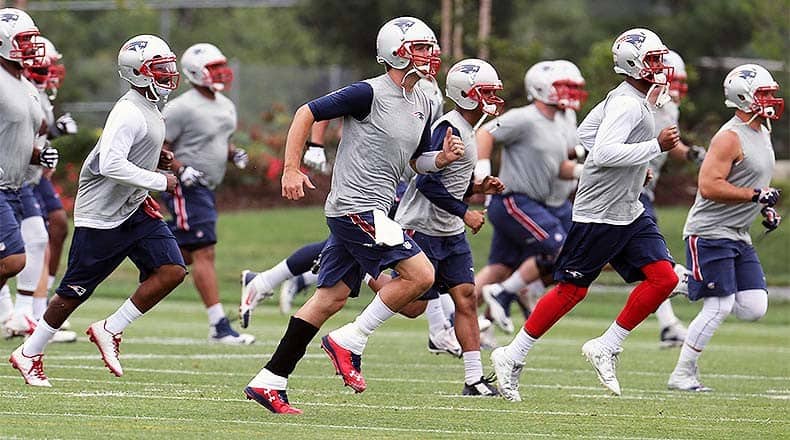 I think that the Washington Redskins’ team total at 6.5 with juice on the under is one of the most interesting totals on the board. This team lacks the superstars that other powers have, but I do think they will set up to again be a pesky opponent. This team is going to be reliant on two or three things when it comes to this line, and they are some of the biggest stories in all of the NFL.

Trent Williams is one of the best left tackles in football and is now set to hold out for some period of time. The Redskins’ offensive line would likely be a strength if Williams was there to anchor the unit, but no Williams means we likely see players playing in suboptimal positions to get the best players on the field. I expect Williams to return before the season opener due to his salary situation and the willingness of the Redskins to eventually play him again.

The Williams holdout also has a major impact on the quarterback battle in Washington, D.C. The Skins were a solid team when Alex Smith played, and I expect quarterback play to make or break their season. They are going to have a three-way competition between Case Keenum, Colt McCoy, and Dwyane Haskins for the job, and I think that there is an edge to be had here if we get certain news.

Jay Gruden is on the hot seat right now, especially with the Redskins having a young, offensive-minded guy on staff in Kevin O’Connell who would be a very intriguing hire for the team moving forward. The question surrounding this QB battle is about Haskins’ readiness and the willingness of the coaching staff to actually make him the starter. Does Jay want to risk his job on a rookie QB?

I’m not sure that he does, but I think that the best-case scenario here is that we do get word that Haskins is their QB1. Haskins has the most talent on the roster, and I think him getting the starting job means that Gruden thinks that he is ready to win games because Gruden doesn’t care about development if he won’t be here. If we get this news, I want the over here on 6.5 wins.

In more holdout news, Ezekiel Elliott may also be a holdout candidate heading into camp. With the Cowboys currently pegged for a nine-win season, the loss of Elliott would definitely throw a wrench into these plans.

I am all for the “running backs don’t matter” crew in most situations, but I think Zeke is slightly different because of his physical gifts in all aspects of the game. I do think that losing Zeke forces the offense to change and forces Dak Prescott to make more plays as teams will key in on him more, even if the offensive numbers don’t change much.

Luckily for the Cowboys’ hopes this season, I have a very hard time seeing Zeke holding out for too long based on the Cowboys’ willingness to pay him. Zeke wants to play under a larger contract, and I don’t think the Cowboys are going to be willing to play the waiting game into the regular season here.

The line of 9 seems accurate, and I think that I would wait to see if this news can bump the line down a bit more as the season approaches and then jump on the over.

Melvin Gordon is the most interesting holdout case because I am very skeptical that he provides the value that he thinks he has, and I think the Chargers may be too. Justin Jackson is a solid running back, and Austin Ekeler is more than competent in this offense as well.

This is the main spot where I hope concerns about this can bump the win total down just even half a game from 10 to 9.5. I think Gordon is the most likely holdout to go into the season, and I think he is also the least impactful. I want to take advantage of any market that is undervaluing the Chargers at any point due to the loss or potential loss of Gordon.