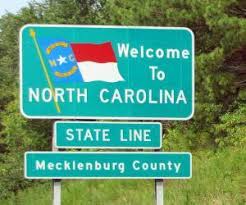 After a long wait, and some stalling tactics by several lawmakers, it appears that the state of North Carolina is close to approving a bill that would legalize sports betting. Even if the bill does get signed into law, sports betting would still be extremely restricted in the Tar Heel State. North Carolina has traditionally been a very conservative state, and most people believed that a sports betting bill would never get passed. After a lengthy debate and a vote on July 10, it appears that a new law is now imminent.

North Carolina was one of the last states to introduce a state lottery, which didn’t officially begin until the year 2005. The state has very strict anti-gambling laws, and there is some language written into the state constitution that has made passing a sports betting bill extremely difficult. The discussion has been ongoing in North Carolina since 2018 when the United State Supreme Court lifted the federal ban on sports betting and left the decision up to each individual state.

Senate Bill 154 was introduced in early April and was passed rather quickly and easily, leaving it up to the House of Representatives to discuss. The Senate approved the bill by a vote of 43-7, and there was very little debate or opposition to this very progressive bill. SB154 also would allow for horse race betting to become legalized in the state of North Carolina if the House of Representatives gave it a positive vote.

On Wednesday, SB154 finally passed through the Commerce Committee in the House of Representatives and will be read on the House floor in the coming days. The House Rules Committee will also take a closer look at the bill before it goes for an official vote in the House. Based on early reports and comments from representatives in the state, it does appear that the bill will likely pass.

If it does get a positive vote, then the bill will go to the desk of Governor Roy Cooper for the final decision. Cooper could sign the bill into law, or just leave it on his desk long enough that it becomes a law without his signature.

Even though it does appear that sports betting is close in the state of North Carolina, that doesn’t mean that it will be easy to place a bet on sports. All of the sports betting must be done in the Cherokee casinos, and the Cherokee tribe will be in charge of monitoring this new industry. It doesn’t appear that any discussion of mobile or online betting has been brought up.

The Cherokee tribe in North Carolina has been expanding their casinos and preparing for the possibility of sports betting, but it will still take some time to get things up and running.