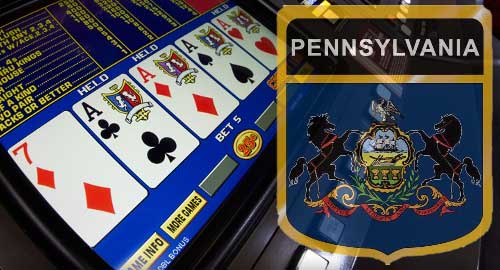 Video gambling terminals (VGTs) are known to be one of the more popular forms of small-scale gambling. Recently, Pennsylvania became the latest state to legalize these devices within their borders. With newly-created online casino laws, they’ve shown that they’re more than ready to handle gaming on a large scale. In August, the first VGTs was launched and the Pennsylvania Gaming Control Board (PGCB) recently released a revenue report.

While the numbers are promising, there are still major concerns related to illegal VGTs, taxing, and limitations imposed by county authorities. The PGCB still has a lot of work to do when it comes to standardization, but $324,000 in revenue from VGT bets is definitely an encouraging number, especially for aficionados.

Not a Bad Start for VGT

Since mid-August, VGTs have been officially operational in the state of Pennsylvania. As a result, we can see numerical data that indicates that this form of gaming will only get more popular as time passes. In the first six weeks of legality, VGTs have brought it $324,710 in revenue. As for taxes, Pennsylvania imposed a 52% tax rate on all machines, bringing total revenue to $168,850.

However, by reading the revenue report, we find that the sample size is quite small. Despite covering only two operators and seven different locations, it does give us indications that VGTs will slowly spread. Currently, the PCGB is reviewing new applications, with board meetings scheduled on a monthly basis.

Obviously, the niche is in its nascent phase, when it comes to both legislation and popularity. The Marquee by Penn, a prominent VGT operator, reported $2.2 million in bets and $226,472 in gross revenue over the course of six weeks. They have machines at four different locations, with plans for further expansion, Commonwealth Gaming, on the other hand, stated that they’ve received a total of $1.1 million in wagers and spent $1 million in payouts.

The prospect of Pennsylvanian authorities becoming even laxer towards gaming is enticing, but what does the current legislation say on the matter?

As the PCGB “kickstarted” the legislation process on May 7, candidates were somewhat surprised by the conditions required. VGTs are only allowed to exist at existing truck stops, which must:

Another curious detail is that the Board gave individual counties permission to opt-out of the legislation and decide not to have VGT at their truck stops. Unsurprisingly, all 12 counties which have a casino inside their borders took advantage of this purposely created legal loophole. Because of this, smaller operators voiced their concern about casinos influencing the legislature to eliminate competition.

Authorities promised better enforcement of rules. In addition to this, it has also been revealed that most of the tax revenue will be used for grants by the Commonwealth Financing Authority. VGTs accept only cash, with a maximum bet of $5 and a maximum payout of $1,000.

Existing Concerns and Using Illinois as an Example

It is estimated that the state of Pennsylvania as a whole is home to approximately 40,000 illegal VGTs in various bars, truck stops, and casino backrooms. Before Governor Tom Wolf signed the bill into law, there was strong criticism pertaining to the police’s lack of action against illegal VGTs in the state. Thus, this sudden legalization can be seen as a compromise between taking legal action and earning money.

Illinois is one state Pennsylvania can look up to. In the first year of legalized VGTs, the Illinois Gaming Board (IGB) reported an 8% increase in taxes collected. This proves that VGTs are in fact a viable option for players, further dispelling claims that such a machine will “eat away” at casino revenue.

Still, ethical issues continue to exist. Some have vehemently opposed this new bill, claiming that VGTs are nothing but a “gateway drug” to more serious gaming.