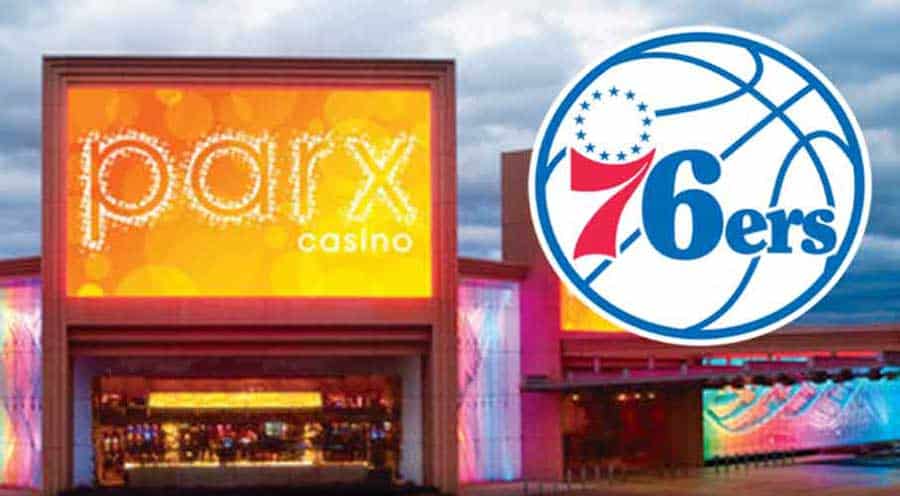 As sports betting is achieving legal status in more and more states, professional teams themselves are looking to capitalize on this gaming revolution. In the last year or so, we’ve seen the New York Jets sign a deal with MGM, as well as FanDuel and Major League Baseball team up for a unique partnership. With the NBA being the most globally-oriented of all four pro leagues in the US, there was much anticipation to see how they would handle changes in gaming.

With the Tim Donaghy scandal still looming over the league, they were right to be wary. Just a few days ago, the Philadelphia 76ers broke the ice and became the first team to sign a betting deal. They’ve teamed up with Parx Casino, based in Bensalem, Pennsylvania.

When the NBA partnered with Genius Sports and Sportradar to provide data to authorized sportsbook, the NBPA and the Governors’ Board had every right to be concerned. Rather complicated state laws and potential restrictions definitely made it seem like it would be a long time before we saw an NBA have an official casino partner.

According to reports, the foundation of this partnership will be a unique “Win for All” promotion. Whenever the Sixers win, Parx Casino will allow fans to obtain a free offer to play on their website. However, there are certain restrictions involved. In order to access the bonus, a person has to be at least 21 years of age and be located within 150 miles of the city of Philadelphia.

The Win for All plan will give people the opportunity to place a $25 via promo code that will be sent out both via social media and radio. While first 25 wins will yield a $25 offer, the bonus will increase with every subsequent win ($40 when they win game no. 40, and so on).

Shrewd Business from Both Sides

Industry experts immediately praised the move, citing that Parx Casino will benefit the most from this historic deal. The 76ers had their best season in recent years, spearheaded by outstanding performances from Joel Embiid and Jimmy Butler. However, they narrowly missed out on playing in the Eastern Conference Finals by being crushed at the hands of a Kawhi Leonard buzzer-beater.

If that wasn’t devastating enough, the franchise then lost Butler, as he expressed a desire to join the Miami Heat. After a complex sign-and-trade deal was constructed, he signed a 4-year, $142-million contract with the team from Florida. Despite their best playoff performer leaving them, the 76ers wasted no time and immediately retooled. Joined by the likes of Al Horford and Trey Burke, and Ben Simmons signing a max contract last year, they are primed to make a run in the wide-open Eastern Conference.

As the Sixers are on the rise, insiders predict that Parx Casino will earn a lot of money if the team manages to reach The Finals. It’s interesting to see that the first NBA team-casino partnership features a contender.

Parx is also set to host a series of “76ers Nights” at the Beer Garden, which is a part of the casino. Equipped with rotating taps, 16ft. TVs and other perks, these events will take place during matchups with the following teams – Hawks, Knicks, Celtics, Rockets, Timberwolves and Bucks. Sixers representatives have stated that such a move is bound to improve fans’ interaction with the team and have more Pennsylvanian fans jump on the bandwagon.

Unbeknownst to most, this isn’t the first time the 76ers have “flirted” with gaming. Their owner, Harris Blitzer Sports & Ent., signed a deal with Caesars Entertainment, allowing the renowned brand to advertise their Harrah’s Philly casino during games at the Wells Fargo Center.

The local SugarHouse Casino has deals signed with both the arena and the Flyers, who play games at the same venue. It’s unclear how aggressive in-game advertising will be, but it’s certain that we’ll see an increase in gaming sponsorships if this partnership turns out to be fruitful. As preseason has already begun, other teams’ executives will be keeping a watchful eye on the Sixers, looking to mimic their potential success.