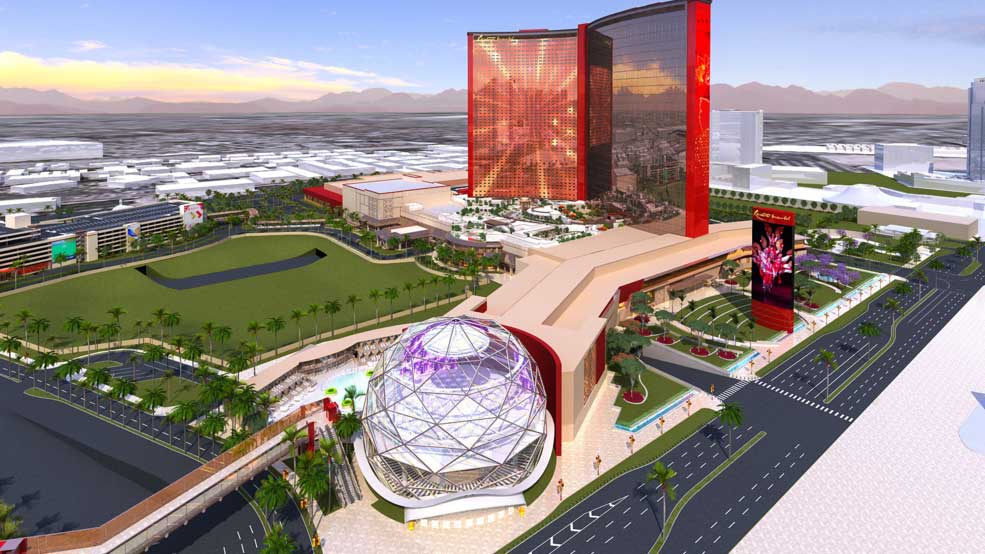 2020 is about to be an eventful year for the city of Las Vegas. Mohegan Gaming has already confirmed the opening of a new Virgin Casino, but it looks like this will be just the beginning of new additions to the strip. Resorts World Las Vegas reps have officially confirmed that their aim is to have the new resort up and running before the end of next year. Such an announcement comes as refreshing news seven years after Malaysian company Genting Berhad purchased the exclusive location on the Las Vegas Boulevard.

In 2013, they’ve managed to acquire the 87-acre property for a relatively reasonable $350 million. Despite the owners’ reliability and overall great track record, the Resorts World Las Vegas project hit many obstacles as development was underway, mainly a series of legal disputes from their neighbor across the street, Wynn Resort.

When Genting Berhad made the acquisition at the beginning of the decade, people expected a quick opening. However, these expectations were proven to be unrealistic, as there was a myriad of plans set to make this new facility an “inclusive, technologically advanced and innovative resort”, according to Resorts World representatives. Not only did this make the whole project more costly, but it also caused the final design to be changed several times.

The soon-to-be-open mega-resort is set to feature a predominantly Asian theme, but with a different finish than most casinos owned by companies from this part of the world. In early 2019, Resorts World also settled a landmark court dispute with Wynn Resort, who has recently pulled out of the race for an exclusive Osaka location.

Apparently, Wynn sued Genting Berhad for creating a design that closely resembled its “world-famous architecture”. The two parties reached a settlement out of court, paving the way for the final stages of construction before Resorts World is open for the public.

In total, the resort will feature a mind-boggling 100,000 square feet of gaming space, including 3,500 slot machines. There will also be 3,400 rooms, several dozens of restaurants and multi-purpose convention space.

Many More Dominoes Set to Fall

Slowly but surely, Las Vegas is making a noticeable recovery from the effects of the Great Recession. Nowhere is this more apparent than by looking at the abundance of construction sites on the Strip itself. Venues such as Resorts World Las Vegas are set to return the Boulevard to its former glory. Various projects are set to be concluded in the next few years, leading experts to believe that we’re in for a true Las Vegas renaissance.

Steve Witkoff, the man who bought the unfinished Fontainebleau in 2017 for $600 million, announced that it will be finally opened as “The Drew”, in 2022. He also stated that the intention behind the project is to exploit imbalances in the gaming industry and offer both tourists and locals an exclusive location for leisure and entertainment. The new venue is named after Witkoff’s late son, who passed away from an opioid overdose in 2011, at the tender age of 22.

It will surely be an impressive addition to the Strip, boasting 67 stories, a 3,300-seat theater, and entertainment facility, along with more than 20 restaurants and 3,780 hotel rooms. The reported 100,000 square feet devoted solely to gaming will also be a game-changer.

While the lasting effects of the Great Recession will still be felt, Las Vegas definitely has a lot of reasons to be excited. The Las Vegas Convention and Visitors Authority Construction Bulletin reported that there is a total of $15.2 billion invested in various projects in just the next five years. Leading the way are the $3.1 billion Drew and the $4.2 billion Resorts World, with Circa Resort and Casino also set for an opening date in December 2020.

A major reason for all these projects being executed by 2020 is the opening of the Allegiant Stadium, the future home of the Las Vegas Raiders. With NHL already in the mix, football is set to further attract players and solidify Las Vegas as a location like no other.