Sports Betting at The Cusp of Legality in Michigan 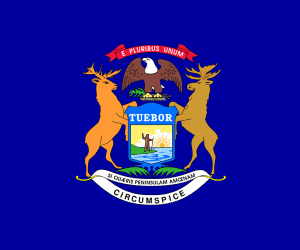 After years of delays, vetoes, and legislative obstacles, sports betting might finally achieve legal status in the state of Michigan. Brandt Iden, a Republican State Representative since 2014, recently submitted a proposal that would allow organized sports betting both online and in casinos. The proposed bill passed recently and it’s highly likely that Governor Gretchen Whitmer will sign it before the beginning of 2020.

Iden, who is considered to be a moderate Republican, spearheaded an effort that would benefit both the state and its citizens. On 24 September, the bill was passed out of committee, with relative ease. This was seen as a surprise by the general public, as Michigan’s betting-related bills were vetoed and dismissed by previous Governors, especially Whitmer’s predecessor, Rick Snyder. As enticing as legalized sports gambling is, how will it benefit everyone?

When asked about the effects of this bill, Iden highlighted revenue as the most important factor. The state will earn quite a bit of money from selling licenses and taxes, acquired from both physical locations and gambling websites. Even though reporters were eager to find out more about exact numbers pertaining to future gambling taxes, Iden responded by saying that, despite approval by the Michigan House of Representatives, the bill is still in its nascent phase.

Furthermore, the Republican Representative also mentioned that gamblers would be protected from scams, identity theft and any other dangers that one might encounter while gambling illegally. Additional legislative details about security measures, conditions for gambling companies and possible legal punishments haven’t been disclosed.

Gambling enthusiasts have been aware of Brandt Iden’s efforts for a long time now. Ever since he earned his seat in the House of Representatives, the Kalamazoo County politician has proposed innumerable solutions and bills that would allow betters to engage in their favorite activity. Unfortunately, his efforts were stonewalled for most of the time, in large part due to Rick Snyder, the previous Governor of Michigan.

What was Snyder’s “problem”, you may ask? His arguments from stalling the legalization of sports betting were due to concerns that the state lottery would suffer due to an abundance of new competitors. His political opponents have criticized his reluctance to change the legislature and allow the state to expand its gaming industry.

In the last session, Iden proposed a bill relating to fantasy betting and an experiment of sorts, where gambling would be allowed in three casinos in Detroit, in addition to existing tribal-owned venues. With this unexpected development and the long-awaited acceptance from Governor Whitmer, we might be looking at not just the birth of the sports betting industry in Michigan, but also its rapid expansion, with benefits for everyone.

Experts believe that Michigan will the proverbial blueprint that other states need. This belief is rooted in the fact that this Midwest state is one of the most sports-crazy regions in the entire country. Most projections relate that college football will be the most bet-on sport, followed by the NFL and the NBA. As we all know, Michigan is home to two NCAA multi-sport powerhouses, Michigan and Michigan State. Other colleges, such as Western Michigan Univ. and Central Michigan Univ. are also considered to be amongst the best in the Great Lakes Region.

Despite the initial fanfare, there are still concerns about safety precautions in the initial stages of the bill’s validity. Gamblers and casino owners are eager to know how will they be protected from scams, theft and other perils. Some industry experts have predicted “state-wide anarchy”, as gamblers and newly-licensed sites will look to exploit the inevitable loopholes characteristic to new bills.

The Next Domino to Fall?

However, states like Maine, Massachusetts, and Connecticut will watch the situation closely, as Michigan’s success will serve as another example on which pro-legalization politicians can base their arguments on. Taking Michigan’s track record with bill application in mind, it’s safe to say that sports gambling on a state-wide level will be up and running as early as Q2 of 2020.

Michigan’s professional teams might also look to sign contracts with betting companies, similar to the deal signed between FanDuel and Major League Baseball.