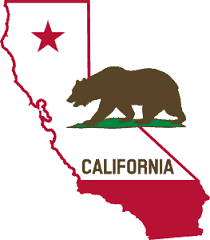 California lawmakers shocked the sports betting world on Thursday by proposing a ballot measure to legalize sports betting in the state. Under the bill (ACA 16), which was introduced by Senator Bill Dodd (D-Napa) and Assemblyman Adam Gray (D-Merced), California voters would be given a chance to change the state constitution as soon as November of 2020.

There has been one big issue as to why legal sports betting hasn’t had any traction in California. The Native American tribes in the state that operate casinos have been strongly against gambling expansions in the state, including sports betting.
Dodd understands the big issue that stands in the way of his bill. “I look forward to working with stakeholders in a collaborative effort to help bring this out of the shadows,” said Dodd.

Dodd may be excited to try and bring legal sports betting to the state, but the tribes don’t appear to share that enthusiasm. California Nations Indian Gaming Association chairman Steve Stallings said that lawmakers “should proceed with caution” when he heard of the proposal.

Stallings went on to say:
“In short, CNIGA does not support any expansion of gaming in California, including sports betting until the for-profit, commercial card rooms stop their illegal practices, including constitutionally prohibited banked games. A legitimate discussion on sports betting could then proceed as long as tribal exclusivity is maintained.”

According to Stallings, it appears the only way sports betting will make its way to California is if the tribes have the exclusive rights to offering it. That means no sports betting at the state’s card rooms or racetracks.

The bill doesn’t have any major details in it just yet. There is no definition of where sports betting will be allowed, or via what methods. There is also no allocation of tax revenue determined. The goal was just to get the issue started. Public hearings will be held in the coming months by both the Senate and Assembly.

Gray had this to say:
“It’s time to shine a light on this multibillion-dollar industry. We need to crack down on illegal and unregulated online gaming and replace it with a safe and responsible option which includes safeguards against compulsive and underage gambling, money laundering and fraud. All other gaming activities in California are subject to regulations that ensure the safety of consumers. Sports wagering should be treated no differently.”

California has one of the toughest obstacles of any state in regards to legalizing sports betting. The tribes seem unlikely to budge on the idea that they should have the exclusive rights to sports betting. With their political influence in the state, it will be hard to get around that massive obstacle. Even if the state does decide to move forward with legal sports betting, only to give it to the tribes, you can expect pushback from the state’s card rooms and racetracks.

Regardless of what happens in California, at least one group, if not more, is not going to be happy with the results. With such big market potential, the state of California will be leaving a lot of money on the table if they neglect to legalize sports betting. California could generate $2.1 billion in annual taxable revenue via legal sports betting, according to research firm Eilers & Krejcik Gaming.