The Impact of the Biggest NBA Free-Agent Moves 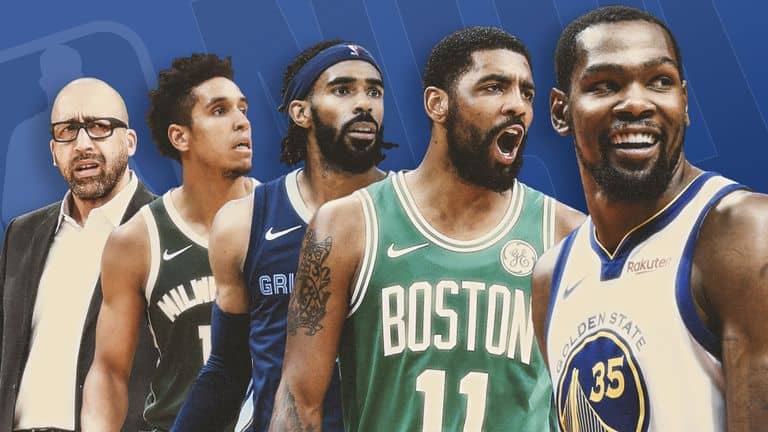 The majority of NBA free agency is over, and we know what most teams will look like when the season starts up. This does not mean that everything is set in stone, but they are close.

The biggest news to hit the NBA in recent days was the Paul George trade to the Clippers combined with the free agency acquisition of Kawhi Leonard. This caught the NBA and all of its followers off-guard and really made everyone take a step back.

This news will have a huge effect on the rest of the league moving forward, and it can change a lot when it comes to future betting. Before this move, the Lakers were at +150, and they were also on the verge of adding Kawhi. Not only did this not happen, but Kawhi created another duo to rival the Lakers in their own city. This move took the Lakers from +150 all the way down to +500.

At this point, I don’t mind a look at the Lakers win total over 51.5 and even their championship odds at +500. The world has drastically overreacted to this Clippers news by making them the odds-on favorite at 3-1. This line isn’t insane, but there is a lot of recency bias surrounding Kawhi’s success with the Raptors this year.

I still think that the Nuggets at +1600 is INSANE, and it will continue to be until they get under +1000. The Nuggets had the second-best record in the West, lost no one, will add two of the most talented rookies in basketball in Michael Porter Jr. and Bol Bol, and they will only improve as they are a very young squad.

The trickle-down of the Paul George trade goes much further than just the championship odds. The next Woj bomb to drop is very possibly a deal involving Russell Westbrook leaving the Thunder. The question becomes who will be the team that goes and gets him.

The overwhelming favorite to land Westbrook according to the media is the Miami Heat. It was reported that Westbrook was very fond of the Heat when meeting with Thunder GM Sam Presti. The Heat doesn’t have a ton of roster flexibility as it sits now, but they did move off of Hassan Whiteside, and they would likely move off of other contracts in the trade for Westbrook.

As of right now, I do think that the Miami Heat is the best option for Westbrook, and I think that taking the over on their 42.5 win total is a very viable bet. This number isn’t really priced in with the possible Westbrook news, which would definitely increase the price. Even without the trade, 42.5 is a fair price for the Heat next season with the addition of Jimmy Butler.

This shouldn’t need to be stated, but IF you can find somewhere that will let you bet the under on the Thunder team total. Do it as fast as you can. Westbrook is probably gone, and this team is likely looking to tank long-term.

The other two teams that have been thrown into the mix as Westbrook suitors are the Rockets and the Pistons. The Rockets would have to pull off some crazy sorcery for that trade to go down, so I am really not concerned that the Rockets will win this battle when comparing assets. The Pistons are actually a very intriguing team.

The Pistons are one of these floater teams that are stuck in the hamster wheel, and they are likely to never get out unless they leverage their next few years of youth/depth to bring in Russ to play with Blake Griffin and Andre Drummond. I think that team is very interesting, and they aren’t bad. That team could cause some chaos with a strange style of the modernized bully ball in the modern NBA.

The Pistons team total is 37.5 right now, and I don’t think that team total is that bad. This team won 41 games last year and returns basically the same roster. I like the over on the Pistons as well as the Heat to try to lock in the Westbrook trade suitors.