Warriors’ Injuries Could Have Major Impact on the Finals 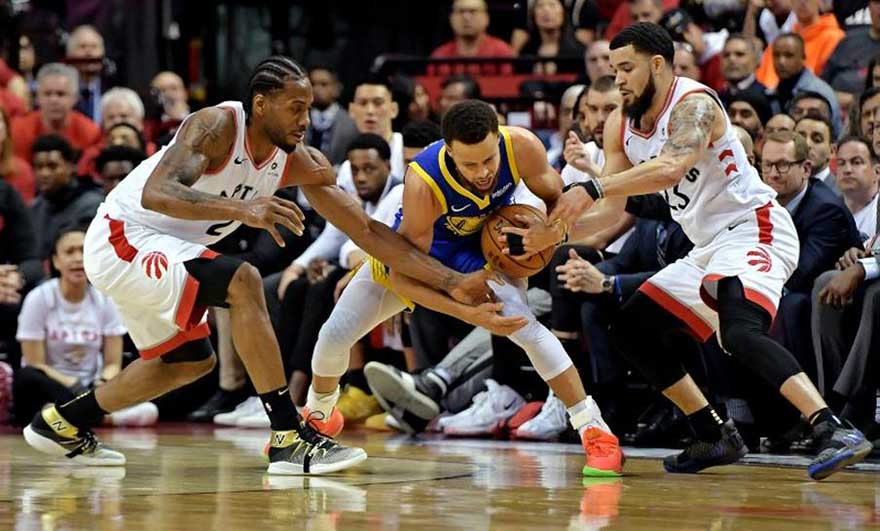 The news surrounding the Golden State Warriors injuries has seemingly never stopped over the past few weeks, and Game 2 of the NBA Finals did nothing to slow that down. In that game, we saw Klay Thompson eventually limp off the court and head back to the locker room with hamstring tightness. We also saw Kevon Looney fall and have reported chest pain, which was eventually classified as a broken collarbone, which will likely keep him out for the rest of the series.

We saw DeMarcus Cousins emerge from his injury hiatus to have a major impact on the game, much to the surprise of a lot of people. And Kevin Durant is still a question mark moving forward but is expected back soon.

Let’s start with the impact of Klay Thompson’s injury and the likelihood that he does or does not play in Game 3. Klay is a Warrior in multiple regards. He has never missed a playoff game and is known as a really tough dude when it comes to injuries.

The biggest question I have is what his issue actually was. If he just experienced tightness and nothing else, I expect him to get extensive treatment to deal with the likely soreness and suit up on Wednesday night. If it is anything more than the reported tightness, I think it will be hard for him to go, simply because it is a muscular injury, which is rarely a pain tolerance question.

If Klay and KD do not play, I would wait to bet this spot until the line moved fully, where I assume the line moves a little too much and I want the Warriors after the move.

Kevon Looney has been a key part to the Warriors postseason run so far, and that is now all over. The good news for Golden State is that they have a more talented Kevon Looney waiting for them in Boogie Cousins.

Cousins has received a lot of disrespect this year when people are discussing his game, and I have absolutely loved this matchup for Cousins. Looney is more mobile than Cousins, and that makes him much better defensively, but I think that Cousins beats Looney everywhere else.

The Raptors do not really attack defensive matchups often, so I do not think that Boogie will get hurt as much as he could have been by a guard-heavy scoring duo that could force screens and isolate Cousins.

Cousins showed up big in Game 2, and I expect this to continue moving forward. The Raptors want to make shots and then slow the game down, which is where Cousins will help the Warriors. He can do everything in the half court really well, and he draws way more attention than Looney.

I think that this Looney-to-Cousins change is a net upgrade in this series, especially if Klay and Durant are out. This is not really impacting the line as it should, which makes me lean Golden State currently if we have no news.

Kevin Durant traveled with the team to Toronto for Games 1 and 2, which is worth noting. Also, Durant looked like he was moving pretty well after Game 2 in the tunnel. My best guess is that the Warriors want KD back for Game 5, and they think that they can get him back for Game 4. If they had lost Game 2 and Klay was out for Game 3, I would expect to see some amount of KD in Game 3.

With the win, I think it really depends on how KD feels, which is really hard to tell. I have KD playing at 35-65, but that does mean that I think it’s really likely that one of KD and Klay does play. With that being the case, I think that this line would move regardless of news and I expect more good news overall from the Warriors than bad news. I want to take Golden State -5.5 and then reassess after injury news actually comes out.