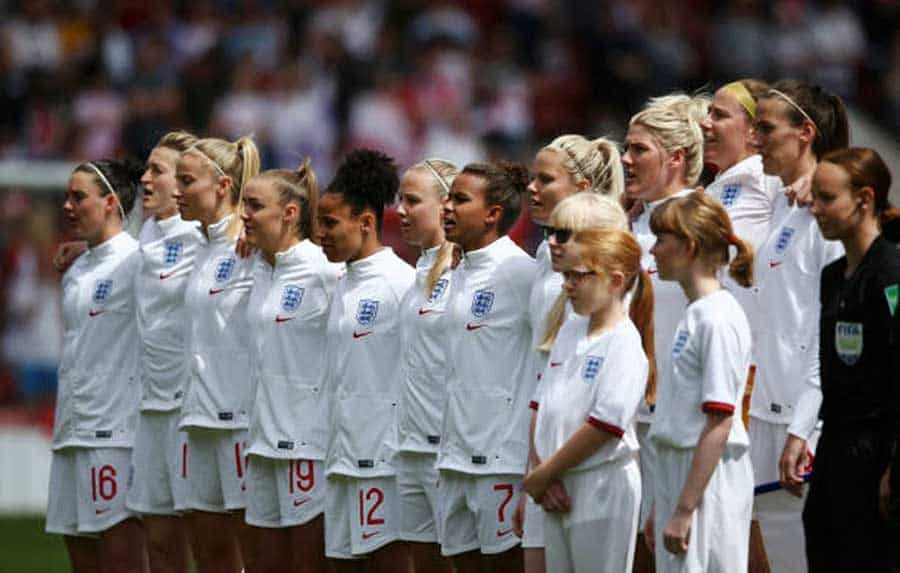 The quarterfinals of the 2019 Women’s World Cup get underway Thursday with a game between England and Norway. With a spot in the semifinals on the line, England is favored at -103 while Norway has a money line of +282.

The Three Lionesses of England have won all four of their matches at the World Cup. They haven’t exactly overwhelmed their opponents, winning competitive games against Scotland and Argentina before beating Japan 2-0 and Cameroon 3-0. Those two wins could be a sign that the English side is getting better throughout the tournament.

Norway, meanwhile, is a small surprise to reach the quarterfinals. They suffered a loss in the Group Stage to France but took care of business against Nigeria and South Korea to advance. In the Round of 16, the Norwegians survived a penalty shootout with Australia, a team that was favored to advance much further.

Norway was a deserving winner in the Round of 16 against Australia, but they failed to win the game before going to penalties. They had far more scoring chances than Australia, especially with the Aussies playing short-handed for the final 15 minutes. But it was disappointing not to see them finish one of those chances and win the game without the added session, which could leave them a little tired for Thursday’s game, despite having one extra day of rest.

At this point, it’s impossible not to mention Ada Hegerberg, who is arguably the best player in the world and an elite goal scorer but has chosen not to play in the World Cup. Even with Hegerberg choosing to sit out, Norway has capable goal scorers in Isabell Herlovsen and Carolina Graham Hansen. But Norway shouldn’t expect to have the abundance of scoring chances against England that they did against Australia, so Herlovsen and Hansen will have to be more clinical in front of goal if they’re going to advance.

Ready for the Test?

England has yet to be at their best in this tournament, although they’ve done more than enough to advance and haven’t yet to be fully challenged. The Three Lionesses haven’t been able to overwhelm teams the way most would expect given their offensive prowess. However, Ellen White has led the way with four goals in four games, and England has been able to finish off weaker opponents when they’ve needed to. For example, they managed just seven shots against Cameroon in the Round of 16 despite owning 63% of the possession.

Of course, that won’t be the case against Norway, who will be the best opponent they’ve faced thus far. Norway has the discipline and organization defensively that most of England’s opponents up until now have lacked. England will need their plethora of attacking players to be sharp in front of goal because Norway is capable of frustrating them and hitting them on the counterattack for a goal.

Based upon the tournament thus far, this game is going to be as tight as they get. If both teams play up to their potential, England should win. However, Norway is undoubtedly a threat to pull the upset. But the moneyline isn’t enough to take a chance on the Norwegians. Take the safe choice and bet on England to beat Norway in the quarterfinals.