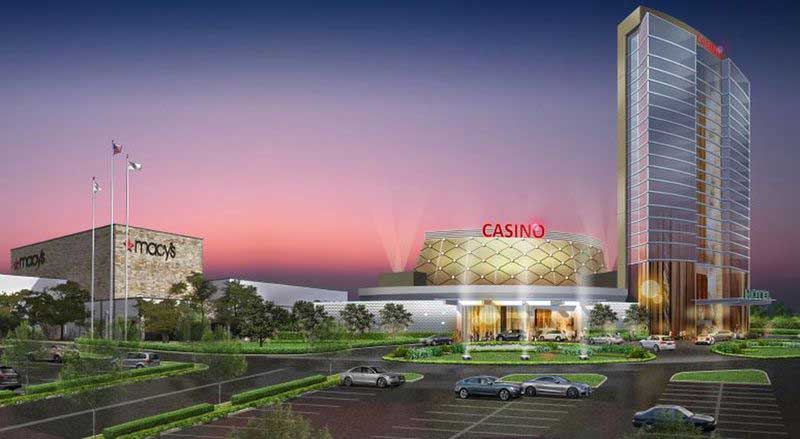 After Wind Creek Hospitality (WCH), Alabama’s Poarch Band of Creek Indians and the Ho-Chunk Nation recently signed deals with several communities, we have a fourth contender for the highly sought-after casino license in the Windy City’s suburbs. Illinois has recently seen a boom in its gaming industries, and, so far, they’ve shown they can handle the recent pressure. Cook County, because of its attractive location near the city, has been in the center of attention.

As per a report from The Times of Northwest Indiana, Calumet City has officially presented a detailed plan for a casino in Cook County. They’ve partnered with Delaware North Companies (DNC) a notable name in the hospitality industry. Southland Live Casino, the proposed venue, would cost approximately $275 million and require a 20-acre plot of land.

It was also reported that the proposal mentions a total surface area of 150,000 sq feet. Interestingly, a casino will be built first, with the hotel the following suit. There has been some concern voiced by the locals, especially because this area in South Chicago is already home to the River Oaks shopping center. The most important topic of discussion is whether the area will require additional law enforcement, especially because Southland Live Casino would be just two miles from the state border between Indiana and Illinois.

Nevertheless, the initial plan features a gaming area with 35 tables and more than 1,200 slots. There are no words about a potential entertainment venue. As for the hotel, it will have 18 stories and a total of 200 rooms. If the project goes well, there are also ideas for a convention center, a sports complex, and a garage with beside the hotel. Sources close to the deal say that the community board is impressed with the proposal, but that they also want to “iron out” financial details, as well as job-related numbers.

Delaware North Companies Inc. is an experienced operator, making them an important factor in Calumet City’s efforts to land a deal with Chicago’s authorities. Amongst their numerous ventures, they’ve founded venues such as the Mardi Gras Casino and Resort in West Virginia and Jumer’s Casino and Hotel in Rock Island, Illinois. Not only do they have a great track record, but Delaware North Companies Inc. is also acquainted with gaming legislation in Illinois.

Timothy Hughes, a spokesperson for the gaming giant, stated that Southland Live Casino will not only be a spectacular gaming experience for players, but also a means of revitalizing the community and providing a much-needed financial boost. He also called Calumet City a center of the southeastern part of Chicago’s suburbs, while also highlighting the need for additional expansion plans, if Southland Live Casino ends up being a success.

Renaissance in the Prairie State

J.R. Pritzker is the man Illinois has to thank for this sudden “boom” in gaming, as he signed a landmark bill that would make the state’s laws more lenient than before. Several different communities have applied for a casino license in the area, making it obvious that everyone is banking on Illinois to become the next gambling Mecca of the Midwest.

All candidates have a few more days before the submission deadline, after which the Illinois Gaming Board will review all the applications and review them for an extensive period of time. This isn’t the first time Delaware North wanted to enter the Illinois market, as they’ve almost won the privilege to operate the Rivers Casino Des Plaines. Regardless, most experts predict a green light for their plan.