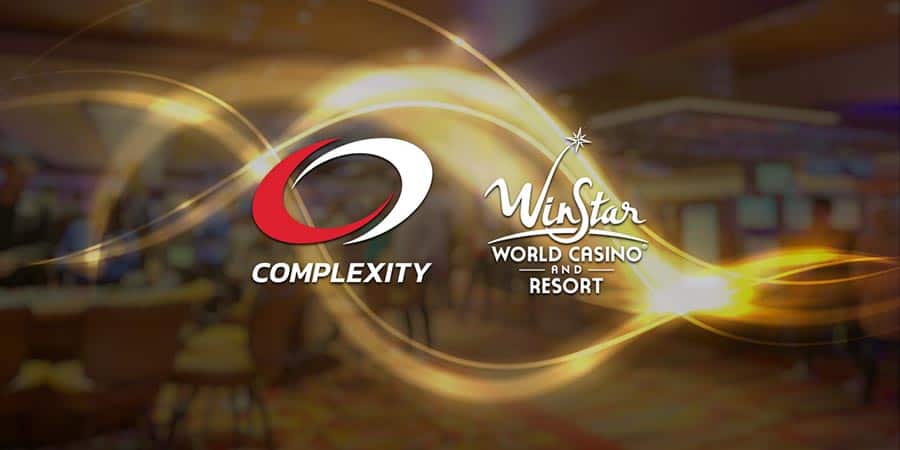 In a guided routine entry and collaboration for operations, Complexity Gaming announced an official partner, WinStar. Currently, Complexity holds the title of North America’s most elite as well as longest operating eSports organizations. Their partnership with WinStar Casinos and Resort comes as a surprising avenue for expanding and further diversifying the business. WinStar in its own glory is considered as one of the largest casinos in the world and together with operating a major stake in the market.

What marks this as a historic event is that for the first time ever a US eSports company has officially partnered with a casino giant. They are officially sponsoring the causes and events around them. Complexity shall be partnering with them to offer exclusive casino gaming franchise. As noted by the CEO, this partnership kind of signals a significant move by eSports towards making competitive gaming mainstream. We are here to witness how things evolve but as of now, their records and individual expanse seem promising.

It is little known and realized that eSports is the fastest growing media entertainment and gaming sphere in the market. The companies around online gaming are gaining a lot of traction. Even with online websites and app markets are seeing more and more applications related to casino and slot gaming, the trend is still on the rising. Especially among youth aged between 18 to 34 are the primary consumers and young adults are comprising the more flux of the flow.

Awaiting the change in the market, streaming devices and networks like GoPro, YouTube, 360 degrees, and Twitch are gradually forming and gaining a larger audience. With more things to come in future like better controls and AR stuff, games are gaining a larger momentum. The combined audience for gaming has crossed the combined total of HBO, Netflix, and ESPN and noted by some surveys. So, it is only normal companies like Complexity are investing in the near future.

The idea behind this move by Complexity is an attempt to introduce high energy gaming and entertainment experience s to their followers. Jack Parkinson, WinStar General Manager, offered his favorable statement in this regard showing a positive push towards the collaboration. The competitive nature of sports has been making money and there is future in offering better and unique experiences.

So, what this means that WinStar is offering access to its hotels, resorts, golf courses and various other amenities to Complexity players. This is supposed to allow both of them to host community meetups, boot camps and allow players to interact with their fans, train them and host even larger events.

Both the companies have great credentials in their bucket.

Complexity Gaming now operated by CEO Jason Lake, known as founding fathers of eSports in North America, has won more than 140 championships and almost 30 game titles over a glorious 15-year old history. It is strongly committed to the passion of modern eSports. WinStar World Casino offers above 8,100 electronic games, 99 table games, 55 poker tables and over 65,000 sq foot convention center for 3,500 people to host events. Its Global Event Center is very well-known. It is located just north of Texas-Oklahoma border and along Interstate 35. This avenue offers amazing 24 hours a day gaming, seven days a week world-class entertainment and a wide range of restaurants.