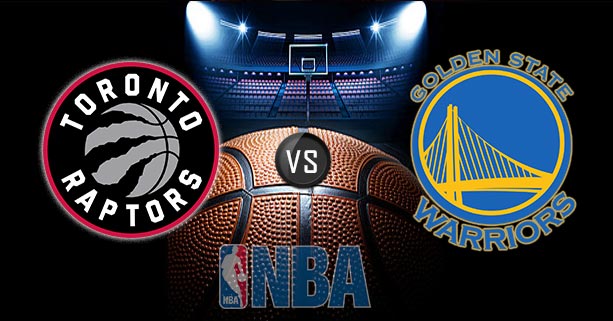 The Golden State Warriors will look to complete the “three-peat” when they face the Toronto Raptors in the NBA Finals beginning Thursday night in Toronto. The Warriors have been looking very good, coming into Game 1 with a six-game winning streak despite playing without leading scorer Kevin Durant in the last five contests. Toronto comes in hot as well, having won four straight from the Eastern Conference’s top seed, Milwaukee, to earn its first trip to the NBA Finals in franchise history.

There will be plenty of star power in these Finals, from Stephen Curry and Klay Thompson for the Warriors to Kawhi Leonard for the Raptors. Curry has been on fire offensively, scoring at least 33 points in each of the five contests Golden State has played without Durant. But Leonard has been the most dominant individual player in this postseason, averaging 31.2 points, 8.8 rebounds, 3.8 assists, and 1.6 steals to sometimes carry the Raptors on his back. Both should be major contributors throughout this series.
The Toronto Raptors are -1.5 point favorites in Game 1, with the over/under set at 213.5 points.

While Curry has been the top scorer, the Warriors’ dominance of Portland in the Western Conference finals was more than just the play of one man. Forward Draymond Green was back to his level of play prior to Durant’s arrival to the Warriors, putting up triple-doubles in Games 3 and 4 of the four-game sweep of the Trail Blazers. Thompson didn’t have any monster scoring games against the Trail Blazers, but he’s as dangerous a shooter as anyone in the league and may have a chip on his shoulder after failing to make any All-NBA teams this season.

But the success of the Warriors in Game 1 will be the play of the bench, specifically Kevon Looney. Against Portland, Looney was a force on both ends of the floor, grabbing timely offensive rebounds and making big plays near the basket offensively, then playing solid defense against anyone he got switched on. With DeMarcus Cousins out with an injury and Andrew Bogut mostly ineffective in his minutes, Looney has been the main big man for Golden State, and he’ll need to come up big again against Marc Gasol, Serge Ibaka and the rest of the Toronto front line.

Kawhi Leonard has been in his position before. In the 2014 NBA Finals, while playing for the San Antonio Spurs, Leonard rose to the occasion, averaging 17.8 points, 6.4 rebounds, 2.0 assists, 1.6 steals, and 1.2 blocks. He also made all the big plays as San Antonio dominated the Miami Heat, winning the Finals 4-1 and ending the LeBron James-era in South Beach. He’ll need to have that kind of stat-stuffing series again in this one, though he will definitely need some help.

One of the biggest X-factors for Toronto is the shooting of Danny Green. In the postseason, Green is shooting just 31.4 percent from three-point range, compared to his regular-season percentage of 45.5 percent from beyond the arc. Green could be an outlet for Leonard or any other Raptors player when they get double-teamed, but he has to be able to make his shots. Green was with Leonard in San Antonio, so he has NBA Finals experience and shouldn’t be intimidated by the enormity of the moment. And he can play some solid defense as well, which comes in handy when playing the Warriors.

Warriors Pull One Out

Toronto is going to have the entire arena behind it for the series opener, but the Warriors have been here before. They know what it takes to win on the road against a hostile crowd. And since Durant’s injury, they’ve looked more focused than they have all season long.

The Raptors are certainly going to put up a fight, but there are just too many weapons for the Warriors in this one. Golden State gets the early edge in the series and takes back the home-court advantage with a Game 1 victory.