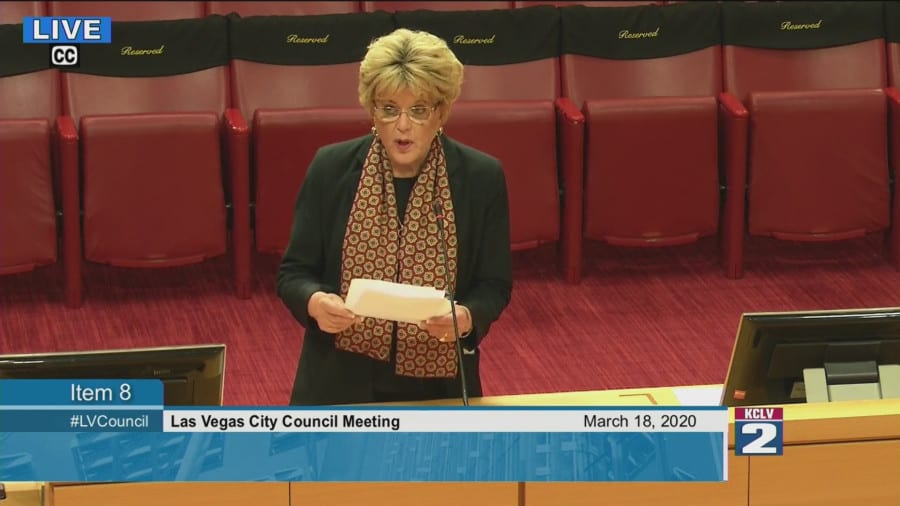 Much of the talk surrounding the impact of COVID-19 pandemic on the gaming industry revolved around individual enterprises and brands taking a significant hit. This is because most experts predicted that small-time casinos and betting franchises will be the first to dissolve once a shortage of customers becomes more prolonged. However, few opinions were raised that pertained to the status of city’s that depend on gambling, such as Atlantic City and Las Vegas.

Atlantic City shut down its nine casinos and the beginning of this week and Las Vegas soon followed suit due to a decision by Governor Steve Sisolak. However, this harsh measure wasn’t met with positive feedback from everyone. Venue operators and Mayor Carolyn Goodman herself criticized the decision, highlighting its potentially disastrous effect on the city of Las Vegas.

Mayor Goodman didn’t hold back when Gov. Sisolak ordered a state-wide casino shutdown. Las Vegas is, after all, the main attraction for visitors from all around the globe, but also permanent residents. With every single venue being forced to cease operations for at least 30 days, a large chunk of the city’s revenue was put in jeopardy. A large number of casino employees are living from paycheck to paycheck, as they’re on temporary contracts, especially those who arrive in Nevada for seasonal work.

She said she consulted with the City Council and pleaded with Sisolak to allow at least some casinos to continue with their operations. According to the Mayor, a failure to stop this from happening could result in ‘people ending up on the streets’. Around the same time, it also became known that the City Council seeks to find loopholes just to allow some businesses to stay in operation.

These intentions were met with harsh criticism from health experts throughout the country, as all gatherings of 10+ people are considered a major risk factor. Casino gaming is essentially a social activity, one that grows with quality when there are more people involved. Players know this, but even they are hesitant to visit any open venues in the US. As businesses are taking a hit, owners and operators are aware of the significance of such actions, as it benefits the overall outlook for the gaming industry.

Basically, the less steep the curve of the epidemic’s spread, the easier will it be for things to come back to normal once the whole ordeal stops.

Even though Mayor Goodman sought to protect the well-being and opportunities of her citizens, she also came under fire for some pretty denialist comments. She called the virus a ‘health scare’ that’s been seen many times in recent years. After that baffling statement, she accused Governor Sisolak of overreacting to the whole situation.

If that wasn’t enough, she called advice to avoid gatherings of 10+ people (signed off by the CDC and the WHO, by the way) ‘just opinions’. Both citizens and journalists have accused her of being a pandemic denialist, with some even calling for her to quit her position. Tensions will surely flair in Las Vegas, as long as people are losing their lives to the coronavirus.

To top all of her audacious claims and remarks off, Goodman also said she hopes Las Vegas will return to its original state after 14 days. Even President Trump urged the nation to self-quarantine for 14 days, so it’s not clear how the Mayor things an entire city can be a-okay in the same amount of time. What is clear is the damage such ignorant statements can cause at such a dire time.