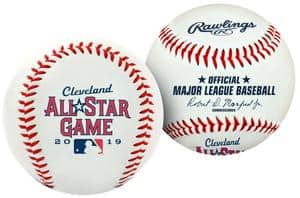 The 2019 Major League Baseball All-Star Game is set for Tuesday, and baseball fans should be treated to another excellent game. The American League has won each of the last six All-Star Games and has now taken a slim one-game lead in the all-time standings. Both teams are absolutely stacked with former MVP winners, and the best players in the game of baseball will be represented. Even though this is an exhibition game, there are still some great betting opportunities associated with the Midsummer Classic. The American League is the favorite at -120 while the National League checks in at +110. Let’s take a quick look at each roster before making a pick of the winner of the All-Star Game.

The National League team will be managed by Dave Roberts of the Los Angeles Dodgers, and he will have three of his starters on his staff. Hyun-Jin Ryu is the leader in the Cy Young race at the All-Star Break and will likely make the start in this game. Walker Buehler is right behind his teammate in terms of numbers and could pitch in this game as well. The National League pitching staff is one of the most impressive staffs assembled in recent years and could really shut down the AL lineup in this game.

The American League is supposed to have the biggest and best sluggers, but don’t tell that to the NL team. Cody Bellinger, Christian Yelich, and Pete Alsonso have all hit at least 30 home runs this season and are capable of doing some damage. Yelich and Bellinger will be in the starting lineup for the National League, and they are almost impossible to get out. The National League lineup is full of young talent.

American League Will Look to Slug

The American League will look to try and play some long ball against the tough pitching staff of the National League. Catcher Gary Sanchez and third baseman Alex Bregman have each hit 23 home runs this season and will be in the starting lineup for the AL. Outfielder Mike Trout has a history of coming up with big moments in this game and will likely get three at-bats. The American League has had to replace a ton of reserves in this game, and that could be a factor in the later innings.

Lucas Giolito or Jake Odorizzi will probably get the nod to start the All-Star Game for the AL, and both are worthy choices. Giolito and Odorizzi are both near the top of the league in almost every category and have electric stuff. The strength of the American League pitching staff is in their bullpen, with closers Brad Hand and Aroldis Chapman in the fold. If the American League can get an early lead, it will be hard to beat.

The American League has been on a roll of late, but that is going to come to an end in this game. The National League just has too many great arms on its staff, and it will shut down the mighty AL lineup. Look for another low-scoring game on Tuesday night, but the NL will get just enough offense to win. Bet the National League +110 over the American League in the 2019 MLB All-Star Game.