NBA Offseason Beginning for Most 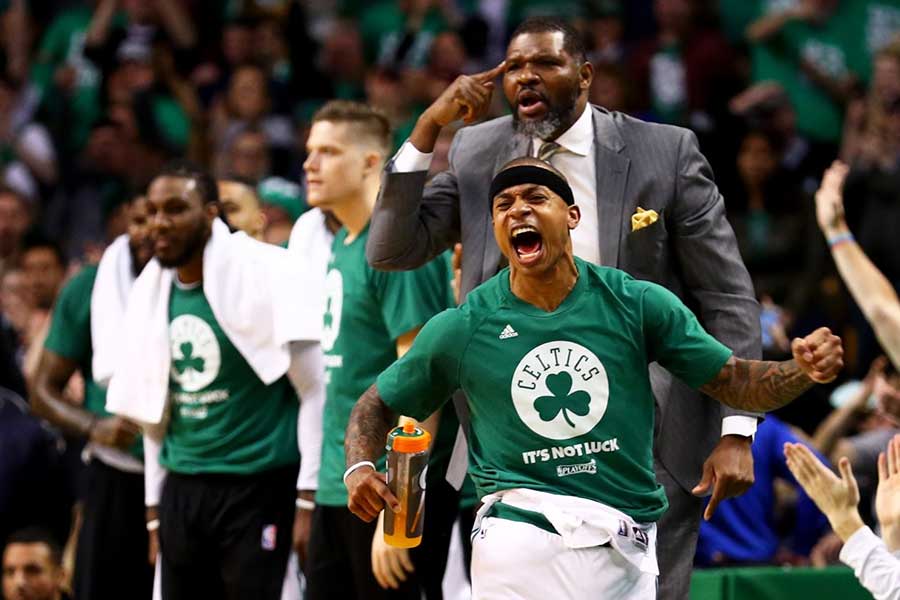 This NBA season is coming to an end and most teams and players are done with this season and looking forward to the offseason. It is always fun to speculate as to which players will go where and what that would do to the landscape of the league as a whole.

The first story that broke was Dan Gilbert, the Cleveland Cavaliers owner, did an interview where he was asked about the Kyrie Irving trade during the offseason before the 2017-2018 season. Gilbert mentioned two things about the Kyrie Irving situation that I found very interesting, and one of those relates to his future. Gilbert mentioned that Kyrie’s agent told the Cavs that if there wasn’t a trade, there was a possible knee problem that could have forced Kyrie out for most of the season. Now, I would assume that the Celtics were somewhat aware of this during the physical process, but it is interesting that the Cavs and Kyrie had mutual talks about something that would probably benefit both parties. The other comment made by Gilbert is that he doesn’t believe that Kyrie will be back in Boston next season. Gilbert claimed to not have real inside information, but it was just what he thought would happen.

A story that can compound on this concept is the statements made by Terry Rozier in a recent media tour where he said things like, “I might have to go,” after being asked if he would return to the Celtics if they decided to run back the same roster. If we put two and two together here, I think that the most likely situation from these two comments is that Rozier waits out Kyrie’s free agency decision until Kyrie eventually decides to leave. Rozier will then resign with the Celtics, assuming he gets the role as being thrust into the position of starting point guard on an already good roster.

When we look at the Celtics odds to win the NBA Finals next year, they are 15-1 right now. That is the fourth highest odds behind the Warriors, Bucks, and Rockets. I actually believe that the Celtics will not fall off as much as would be expected if they lost Kyrie because I think that the Brad Stevens system attempts to neutralize talent to a degree. Stevens has always been known as overperforming with mediocre rosters like the one a few years ago that was without both Hayward and Irving. I think that the team with Rozier at point guard after losing Kyrie will be undervalued, but that is not quite priced into the odds yet. I want nothing to do with the increased odds if Kyrie resigns. Kyrie leaving will also likely increase another team’s odds, causing everyone else’s odds to decrease. I would love to get 20-30 to 1 on the Celtics with the same core-Irving and maybe adding another lottery pick and with some cap space to sign a specialist to a 1-year deal.

The other key free agency player in the news right now is Kevin Durant. Marc Stein recently reported that the Clippers should be considered as equals to the Knicks in terms of the race to sign Kevin Durant. The Clippers are currently listed as 18-1, right with the Knicks at 15-1. There are a ton of moving parts in this decision and I think the other two players involved right now are Kawhi and Kyrie Irving. The Clippers are obviously a better basketball team than the Knicks as it stands right now, but it is assumed that the Knicks would get both KD and Kyrie if Durant chose to go there, along with the #3 pick or even a possible trade for Anthony Davis. I think that these lines relative to each other are fair, because I think that that team probably has the most upside and would assuredly be better than 15-1, but I think that the Clippers will get something this offseason, making them the safe bet.

Maybe both KD and Kawhi go to the Clippers, turning 18-1 into something closer to 4-1 or maybe even higher with the hype. If you have the ability to cash out or want to hedge down the line, I would bet on both the Knicks and Clippers right now because I think that they will both get good news to varying degrees. The hype train always increases these future odds and the Knicks and the Clippers are both set up very well for free agency success.