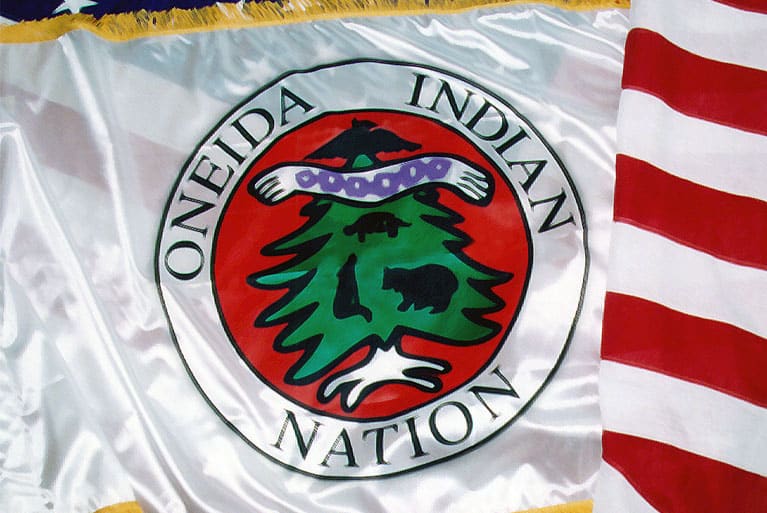 Oneida Indian Nation, the Native American tribe has formed a partnership with Caesars Entertainment to start with the process of introducing sports betting to New York upstate. The tribe is known to be the owner of 3 casinos in this area. This comprises of Yellow Brick Road Casino, Point Place Casino, and the Turning Stone Resort Casino. The casinos are to be found clustered along the Syracuse city.

The partnership of Oneida Indian Nation is going to include the branding, as well as the license of the 3 properties. They are actually planning to open the Lounge partnering with Caesars sports around 2019.

It is due to the deal between the two, the members of the loyalty club will be able to redeem and exchange their player points free of cost. These two clubs have planned to match up the tier level for crossing over the patrons.

There came out a press release where, Ray Halbritter, Nation Enterprises CEO and Oneida Indian Nation Representative had to say that when it is about sports betting, Caesar comes above all. He states that they are pleased to have formed a partnership with the popular gaming leader of the world. According to him, just as Oneida Nation Enterprise, Caesar has also developed their business by providing excellent services to the customers and being dedicated to consistent innovation. The shared valued of both enterprises have synced perfectly and they are looking forward to a long-term partnership.

Addressing the Elephant in the Room

No doubt, two big companies joining hands is a big deal. The deal has especially been made to reach out to areas that were previously not possible for Caesars or Oneida Nation. Nonetheless, the partnership and the respective lounge facility depend on the issue of favorable regulations and legislation. Presently, sports betting is considered to be illegal in New York.

echo adrotate_group(4);However, voters had given their approval to legal sports betting in New York way back in the year 2013. Quite unluckily, the referendum which had been passed allowed for sports betting in the four commercial operations of the state. An attempt to extend the legal situation in every state property has been unsuccessful till now. In last year summer 2018, legislators had been unable to agree regarding any type of sports betting bill.

It appears as if the lawmakers are unable to agree when it comes to establishing a regulatory means in regards to sports betting in this state till sports betting turns out to be freedom enjoyed throughout the state. Thus, the tribal entities and the commercial casinos have been handcuffed in a kind of legal limbo.

The failure in the legislative sphere has been galling in comparison to the extreme success of New Jersey, the neighbors. There is no denying in the fact that a substantial part of the sports betting rush of New Jersey has come from the cars that have a license plate from New York.

Pennsylvania has also started accepting sports wagers in recent times. This aggravates the pressure that is being faced by the lawmakers of New York. On the basis of the population, the sports betting market of Pennsylvania has the capability to eclipse the success attained by New Jersey.

No doubt, Caesars, as well as Oneida Indian Nation the legislators of New York are going to make something happen in this year. Christian Stuart, the Executive Vice-President from the Department of Gaming and Interactive Entertainment has said that in regards to partnerships, Caesars have looked for collaborators who share their commitment to surpass the expectations of the guests. He states that they are pretty confident about the Lounge with Caesars Sports to be established in Turning Stone, Point Place Casino, and Yellow Brick Road Casino. He knows that it is going to be the topmost destination of betting in the state of New York.