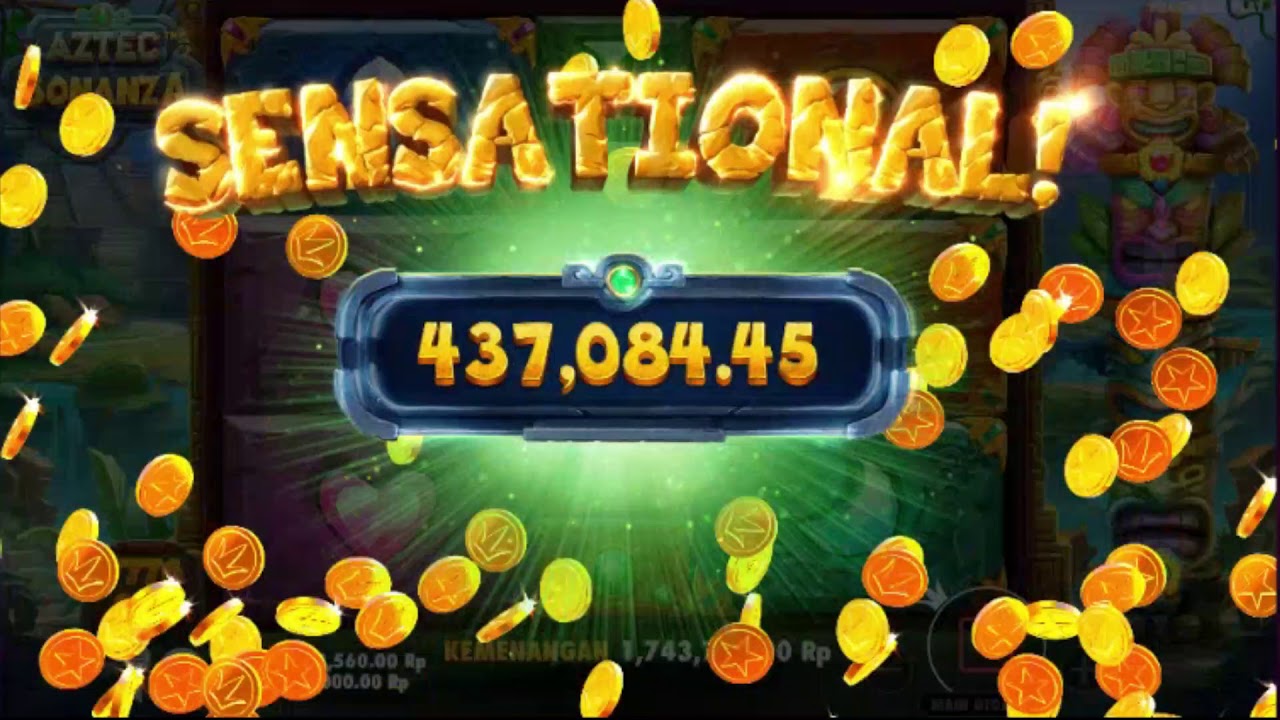 Many people think casinos are just a big scam, however, it is not impossible to win truly big bucks. Some might have you believing otherwise before you spin the reels or play the cards, but let us tell you, they simply don’t know what they’re talking about. If there is one place that truly defines winning big, it’s America, and the famous stateside stories should be enough to inspire players worldwide.

We’ve been around the world of casinos long enough to know that there have been plenty of times where the underdog has come up big to win it all. From guys that have thrown their last few bucks in a slot machine to those that have turned a few hundred into a few million, the casino floors of the good ol’ US of A the world are absolutely where dreams come true.

Okay, we’ve hyped things up enough, let’s get down to business and start looking at those amazing US players that have shown that anybody (and we really do mean anybody) can win big at the casino.

The Secret of Winning is to Shave on a Sunday

According to US media reports, in 2015, a lucky man from Long Island, New York, bet only $20 on a casino slot machine and was able to win nearly $1,500,000. They reported that Howard, 66 years old, from Suffolk County, Long Island, won the largest prize in New York State’s history, when he played the Samsung Lucky Wheel slot machine at the Empire City Casino in Yonkers on October 25th, about $1.47 million. One spin was all it took for Howard to not just write his name into the history books, but also set himself up for life with a huge seven-figure win.

Howard said when he received this huge win, “I have had a hunch for the past 6 months. I tell everyone that I will definitely win a lot of money.” Howard had been engaged in his IT business for 36 years before scooping this jaw-dropping payday. When he talked about his winning secret, Howard said mysteriously: “I never shaved on Sunday, but that Sunday, I shaved for the first time.”

Howard went to tell his wife about the great news. When Howard told his wife that he had won $1.5 million, the humorous wife said back to him: “Very well, now you have no excuse not to repair the roof.”

We’re not saying that shaving on a Sunday is lucky or anything, but maybe there could be something to Howard’s amazing story and the whole idea of starting the week looking fresh.

Taken Down by a Typo

The above story is one that’s positive from start to finish, but this story is a little more complicated. Big wins don’t always run smoothly, even if you do win a much-fabled top prize fair and square.

A woman in Maryland, USA, claimed that she won the slot machine jackpot on a Friday night, but couldn’t claim the jackpot simply because of a typo. According to the news, Cynthia Obie was at the MGM National Harbor Resort and Casino in Oxon Hill, Maryland. The symbols of the slot machine suddenly aligned; thus, she won a big prize. “I’m very excited. I need this money.” Obi told reporters.

But Obi said that when the casino staff wrote down her personal information, they missed her Social Security Number (SSN)—by one number. This mistake made Obi pay almost all the price. According to the report, the social security number entered by the casino belonged to a person who happened to owe Maryland state a large amount of child support. Baffled by what had happened, Obi said “all my daughters have grown up. I have never paid child support.”

The woman from Maryland said that she could not get a penny because of a typing error. Instead, she received $200 in free game credits and drink coupons. An MGM spokesperson said in a statement to the report, that the casino is aware of this “unfortunate mistake” and is working to resolve this issue.

“According to the regulations of the MLGCA (Maryland Lottery and Gaming Control Agency) and the laws of the State of Maryland, we cannot provide additional bonuses for this jackpot. However, if she submits proper identification to the Maryland Gaming Commission, they will be given an appropriate bonus.”

The statement from the casino was, “We apologize for the inconvenience caused to Ms. Obi.” Obi said that she was disappointed with the current situation and only wanted the money she won. “Now I’m in this situation, it’s crazy. You are a billion-dollar company.” Obi said, “You can go to investigate, as I won with fairness. I only want my money.”

Obi may have gone from rags to riches, but this didn’t stop the casino from turning that story on its head. We feel for Obi, as she certainly deserved to turn something into nothing when she spun the reels. However, we don’t feel that this story is over quite yet, as when there is a jackpot up for grabs and a mistake has been made, the last thing any wronged player should do is take it lying down.

From 1 Penny to 6 Figure Winner on Willy Wonka

In 2017, during Labor Day weekend, a woman from Texas won the jackpot at Harrah’s Casino on the world-famous Las Vegas Strip. This lucky woman was named Janet Redwine, from Coppell, Texas. She was playing the penny slot machines at Harleys Casino and little did she know at the time, but a big win was coming her way.

The game she played to win it all was “Willy Wonka: World of Wonka”. She won the first prize with a jackpot of $787,842. According to Caesars Entertainment (the parent company of Harleys Casino), Redwine won the jackpot on Monday, so it certainly put a pep in her step for the rest of the week.

Caesars Entertainment also announced that since April, the company’s major casinos have dished out more than nine jackpots with prizes of no less than $100,000. In June of this year, another two players won the jackpot of $9444 on the same slot machine as Janet Redwine.

You may be asking, what’s the secret of that Willy Wonka slot machine? Well, there isn’t really. What Janet Redwine and other players of her ilk show is that sometimes all it takes to become a big-time casino winner is being in the right place at the right time.

In Henderson, Nevada on a Sunday afternoon during April 2019, a lucky player won another super-high jackpot with a prize of $13 million at the Sunset Station Casino. He was playing a slot machine with $3 wager and won more than ten million jackpot after just a couple of minutes. Once again, talk about being in the right place at the right time.

It is understood that this platinum casino card-holder started playing the famous IGT game Megabucks Triple Red Hot Sevens slot machine at 8:28 in the morning with a total betting amount of $40. Less than a few minutes after trying the highest bet amount of three dollars, this person was lucky to be rewarded with the highest prize. The progressive jackpot was as high as $13,154,723 as the spins kept rolling. This frequent visitor of Sunset Station from Arizona kindly asked not to be named and to be honest, with a win that size we really don’t blame him.

A Jackpot Win That Was 20 Years in the Making

According to reports, 66-year-old Misco and his wife are from New Hampshire, USA. They went to Las Vegas and learned on the Internet that this slot machine hadn’t paid out its jackpot for 20 years. Misco came to the casino to play slot machines on August 22 at the suggestion of his wife. To their surprise, they won the first prize by accident and took away $2.4 million in prize money.

The Misco couple said afterward that they would use the prize money to fund the college tuition of their five grandchildren and possibly buy a new car. The casino also congratulated the couple, they even said that if the New Hampshire authorities allow it, the casino might let them take this slot machine home.

Lion’s Share is a slot game that is almost as old as time, so it is fitting that it was an elderly couple that was able to crack this age-old slot machine one last time.

Riding the Buffalo to a Big-Time Win

From a game that’s got plenty of miles on the clock to one that is a little more fresh-faced. In February 2021, Buffalo Grand slot stole headlines in the US, as it made one player close enough to be an instant millionaire after spinning the reels. Ellis Island might be famous for its karaoke jams and all-night singalongs, but it’s no stranger to paying out the big bucks, as this recent huge win certainly proves.

The lucky winner was David Frys. Stepping off the main strip to head to Ellis Island, a lesser-visited casino in the area, his bravery to try somewhere new paid off in a major way. Breaking the bank on Buffalo Grand, he won an impressive, $905,750 – now that’s a win worth shouting about.

Speaking about his newfound fortune, Frys said “I’ve been playing at Ellis Island for years now and am absolutely in shock with this win”. He added to that by saying, “It’s not every Tuesday that you walk into your favorite local spot and leave with almost $1 million.” Fair play to Frys, as he certainly understands that this Tuesday is one that will define his life for years to come.

Speaking of Buffalo Grand, this is a slot with a certain big win history. Back in 2017 it did almost the same as it did in 2021, as an anonymous player smashed the reels to scoop a $747,000 jackpot. With that in mind, if you ever find yourself at the Ellis Island Casino, be sure to give this particularly lucky game a spin.

They say that everything is bigger in America and when it comes to the world of casino play, we certainly believe that theory. There is no denying that slot games all around the world give players the chance to scoop huge prizes, but nowhere else in the world do these big wins come with such electric fanfare. Small-time players striking it rich will always provide players with inspiration to give the reels a spin, as it should to be honest.

With all of that in mind and plenty of inspiration to take from the above, now is the time to kick-start your own rags to riches tale. Grab those dollars (or euros), head to your nearest casino, and start spinning those reels!