What is Double Draw Poker 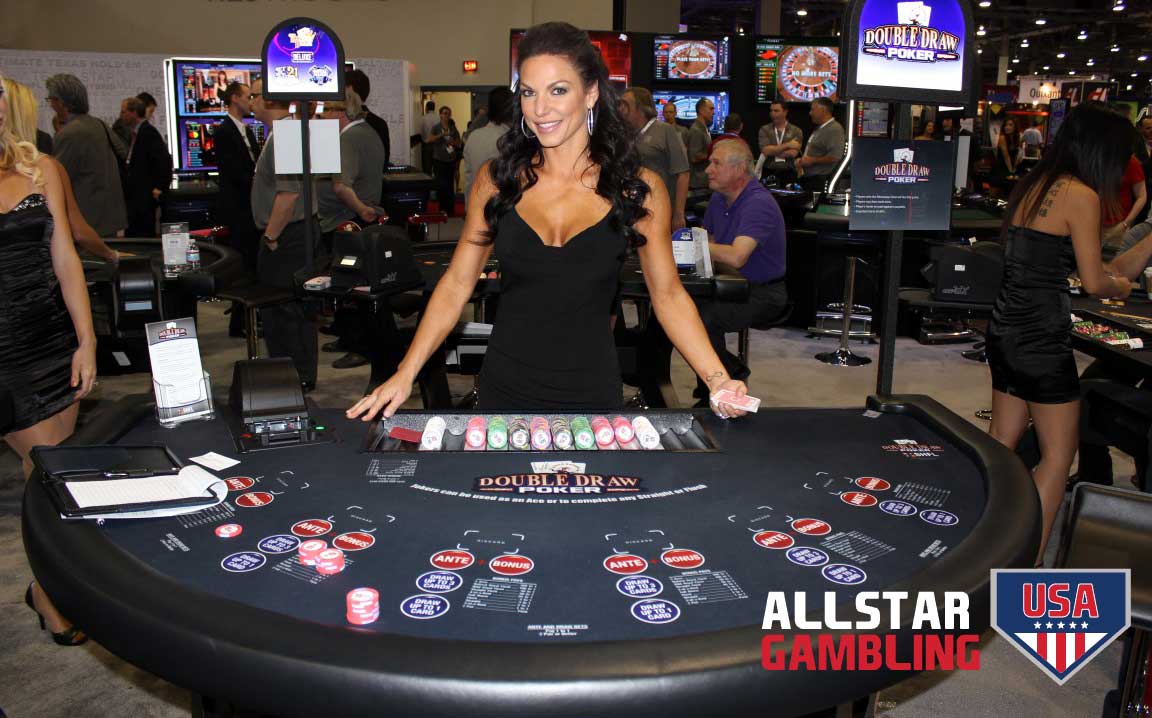 Double Draw Poker is a relatively new poker variant that can be played at US brick-and-mortar and online casinos. If you have ever wondered what Double Power Poker is, how to play it and where you can enjoy it online, you need to look no further. Stay with us, and you will learn the history of Double Draw Poker, the rules of the game, and tips to beat it.

The game is played with a 54-card deck that includes two jokers. The objective of the poker variant is to create the best 5-card poker hand. The player can make use of two drawing rounds to create the highest possible hand, hence the name Double Draw Poker.

Jokers can be used as an Ace, or you can use them to complete a straight or flush hand. In two drawing rounds, players can get up to 9 cards. They have to create a two-pair hand or better to qualify. What makes Double Draw Poker unique is the mandatory Bonus bet that pays on a hand of three-of-a-kind or better. The game has a house edge of 6.72%.

How to Play Double Draw Poker?

The game of Double Draw Poker starts with the player placing an initial Ante and mandatory Bonus bet of the same size. After the cards are shuffled, each player gets five face-down cards. At this point of the game, the player can see the cards they have been dealt and decide to fold or place an additional bet. It is the Draw up to 3 Cards bet, which is equal to their initial Ante bet.

If the player decides to fold, they will end the game and lose their Ante and Bonus bet. Should they go for an additional wager, the player can discard up to three cards from the initial hand and draw the same number of cards they have discarded. A new set of cards is dealt face-down.

When the players view the cards they have received in the first drawing round, they have another chance to improve their hands by drawing another card. They will be offered to fold and end the game or make an additional Draw 1 Card bet. Again, they have to wager an amount that is equal to the Ante bet they have placed. So, in this last drawing round, players can discard one card and replace it with an additional card, dealt face-down.

If you create a hand consisting of two pairs or better, you will earn a 1 to 1 payout on Ante and Draw bets. When it comes to the Bonus bet, it pays according to the following paytable:

If you create a two-pair hand, it is a push, and you will get the Bonus bet back.

With 9 cards in total the player can receive during a single game, it is not an easy task to come up with a strategy to beat Double Draw Poker. Yet, we will give you a few tips that can come in handy when playing this unique Poker variant.

You can always follow the basic poker strategy and keep the strongest cards to create the best possible poker hand. What you must understand about Double Draw Poker is that both Draw up to 3 Cards and Draw 1 Card bets are mandatory if you want to continue playing the game. Another option is to fold and end it.
If you have a pair of cards, keep them because you need at least a three-of-a-kind hand to win on the Bonus bet. If you manage to get another pair, you will win a payout on your Ante and Draw bets as well. If you receive cards that can complete a flush or four-of-a-kind hand, you should always keep them.

When it comes to jokers, you should think twice about whether you will keep or discard them. Bear in mind that they can only replace Aces and complete two hands, a straight or flush.

Double Draw Poker differs from other poker variants not only in terms of the gameplay but also when it comes to the house edge. Its house edge is considerably higher than the house margin in other popular poker variations. Frankly speaking, it can be a risky bet. However, if you want to give it a shot, take your time and master the basic poker strategy first. It will enable you to make the most out of playing Double Draw Poker as well.