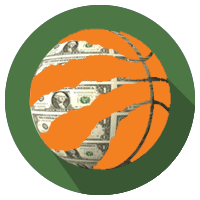 Despite the funny name, the zig zag sports betting strategy is actually a very effective method to wager. It is grounded in not only common sense, but factual percentages. The only real drawback to the zig-zag strategy is that it’s only sound in certain situations and in certain sports. Just remember to zig when the sportsbooks zag.

A very famous sports handicapper named Tony Salinas developed the zig-zag theory with the idea that every game is directly affected by the game that precedes it. Salinas felt that oddsmakers didn’t properly account for this when setting lines, placing too much emphasis on other factors such as home court advantage. The zig-zag theory was originally meant to be used for the NBA playoffs. However, sports bettors quickly realized it applied to other sports and scenarios such as the NHL playoffs and baseball all year long. This is because of the importance of the games being played in a series.

What is the Zig Zag Betting Strategy

The basic idea is that a good team is tough to beat two times in a row. Furthermore, this theory believes oddsmakers don’t take this into consideration and over-value favorites. As you can see, this readily applies to the NBA playoffs, NHL playoffs, and the MLB as these all involve a series of games. When a team wins the first game of a series, more often than not, they will lose the next. The zig-zag theory states that this is the most important factor when considering your wager. Then factors such as home-court can be used to inform your wager further.

For instance, in the NBA playoffs, if a road team bets the home favorite and wins the first game, 76% of the time, the home team will come back to win the second. Then, in the second game of a series, no matter the matchup, the team that lost the previous game will cover the spread on their next game 56% of the time. And, it gets better.

Let’s say a home favorite is 2-0 and plays the third game on the road; the underdog will win at home. In fact, historically speaking, they have a 65% chance of winning on the moneyline and a 68% winning percentage against the spread. These are both insanely high rates of success.

Here are some even deeper numbers. Favored teams which lose any game in a series by four points or more are likely to win against the spread the next game with an almost 60% success rate. Again, these numbers are for NBA playoffs but there directly correlate to the NHL playoffs and any series in the MLB. The zig-zag theory can be used very successfully if you can consider the proper time and scenario to employ it.

Zig When They Zag

The crux of this strategy is that it’s tough to beat a good team twice and when you apply common sense to this, it checks out. The NBA playoffs and the NHL playoffs are always going to feature the best teams. You don’t qualify for the playoffs via luck after all. Furthermore, MLB games are not only played in series, but they are also part of a long season. The matchups you find in the MLB are always going to be even. Remember, look for evenly matched teams, who won the first game, and who is at how. Then zig when they zag.